Extradition and punishment of Roman Polanski for decades old child rape a chilling assault on artistic freedom and integrity.

HOLLYWOOD — The extradition, sentencing, and punishment of Academy Award winning Director Roman Polanski for drugging and raping a 13 year-old girl would represent a chilling assault on artistic freedom according to the National Organization of Tinseltown Recording Artists & Professional Entertainers Rallying Against Polanski’s Extradition.

“To pretend that an Oscar winner should be held to the same standard of justice as a layperson is an insult to the Academy and all of Hollywood. Prosecuting a genius like Roman Polanski – who’s been nominated many times for writing and directing classic films like Rosemary’s Baby, Chinatown, Tess, and The Pianist – is saddening and outrageous,” said NOT RAPE RAPE spokesperson Whoopi Goldberg.

“Treating him like an anonymous frat boy that slipped some freshman girl a roofie is totally irresponsible,” Goldberg said, “Oscar winners have carte blanche in this town. He’d already been nominated once, he was the talk of the town. It was only a matter of time.”

“When I first arrived in L.A., Martin Balsam and Richard Dreyfuss sodomized me practically every day. I took it like a man. Hell, Timothy Hutton was sodomizing me when Billy Crystal bafflingly called my name as winner of Best Supporting Actress at the 1990 Oscars. It’s pretty much a right of passage in Hollywood.”

“If you ask, ‘Who in this town wants to be sodomized by Roman Polanski?’ there’s going to be a line around the block.”

The arrest and prosecution of Roman Polanski will have a chilling effect on freedom of expression and artistic license. The creative energy that drives our entertainment industry cannot be understood by average citizens and must not be constrained by the mores of middle America. We’re not talking about making snuff films, we’re just asking you to turn a blind eye when we ply pre-pubescent girls with pills and alcohol.

Joining NOT RAPE RAPE are dozens of filmmakers who signed the “‘No Means No,’ unless it’s someone famous or wealthy or well connected, in which case ‘No means Yes – and of course I’m Eighteen, silly!'” petition to demand Mr. Polanski’s immediate release. Among the signees are such luminaries as fellow Oscar winners Woody Allen, Jonathon Demme, and Martin Scorsese.

“The forbidden attraction between a man and a young girl was an important subplot of Taxi Driver,” says Martin Scorsese. “I kept telling Bobby (DeNiro), ‘You know, I wrote this script so you’d have an excuse to plow Jodie (Foster). Listen to how she’s begging you for it. She’s a freakin’ hooker, for Christ’s sake. Give it to her.’ But Bobby’s a method guy. He was her big brother, her avenging angel. No way Travis would do something like that, so Bob wouldn’t.”

Woody Allen was equally outraged, “I don’t understand. What’s the big deal? Is it because he didn’t marry her?”


NOT RAPE RAPE is a not for profit organization committed to ensuring your cultural and intellectual betters are free to live above the law so they may define for you what is and isn’t considered art.

2009 Defending the American Dream Summit
Bill Ayers: Not Just Another Guy In The Neighborhood 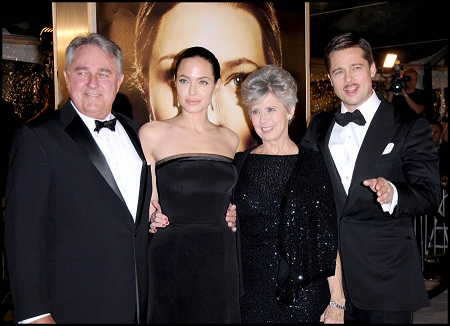