The free market has worked wonders in the world of the Internet. It is vast and open to anyone who wants to use it. It’s also the one domain the government has not yet been able to control. If Obama’s new FCC chairman, Julius Genachowski, has his way, all that will change. Why? Because Genachowski thinks that the only way the Internet can remain open to everyone is if the government gets involved and does the monitoring.

I’ll wait for you to stop laughing….

Genachowski wants us to ignore the undeniable fact that the Internet is as open and vast as it is because the government has had nothing to do with it. But that won’t stop Genachowski. From Reason Online:

Last Monday, in his first big speech as President Barack Obama’s new Federal Communications Commission (FCC) chairman, Julius Genachowski began by singing the Web’s praises, and portraying it as vital to the workings of society. “Today,” he said, “we can’t imagine what our lives would be like without the Internet–any more than we can imagine life without running water or the light bulb.” On this point, nearly everyone can agree.

Unfortunately, Genachowski drew exactly the wrong lessons from his initial insight: Rather than see the Internet’s growth and integration into everyday life as evidence that government intervention isn’t necessary, the Web’s chief regulator took the opposite view–that the Net’s size and scope make government meddling a necessity. The Internet, in other words, is Too Connected to Fail.

The theme of the speech was openness, but for Genachowski, an “open Internet” seems to mean a “government-monitored Internet.” Innovators and entrepreneurs may have been responsible for making the Web great, but care, oversight, and access are now up to the government. “Congress and the President have charged the FCC with developing a National Broadband Plan to ensure that every American has access to open and robust broadband,” he said.

The message from Genachowski to the free market is “thanks for making the Internet such a great success, but we’re from the government and can take it from here.”

But there’s a much larger message going on here that should concern all Americans. We’re being told that not only should government intervene when a system is broken, as Obama has been arguing is the case with health care, but now we hear that the government should also intervene with a system even when it is very successful as is the case with the Internet.

So, here’s the exit question: is there an area of public life that the Obama administration thinks it should not interfere?

The answer: No. Obama and his like minded leftists are focused on one thing: control. They claim they are concerned about the common good, but the truth is they are just a bunch of control freaks.

Unbelievable Indoctrination of Children to the Cult of Obama
Breaking: ACORN Files Law Suit Against O'Keefe, Giles, and Breitbart 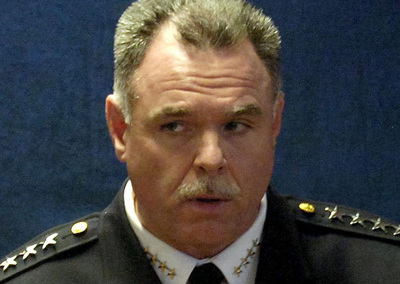