The blogosphere is abuzz with news of Andrew Breitbart’s next big story set to break at noon today. For the best rundown, read all of Mike Flynn and John Nolte’s “pre-game” report at BigGovernment.com. This story began at Big Hollywood with Patrick Courrielche’s post about an NEA conference call back in August in which the artists on the call were encouraged to support many of President Obama’s initiatives.

On Thursday August 6th, I was invited by the National Endowment for the Arts to attend a conference call scheduled for Monday August 10th hosted by the NEA, the White House Office of Public Engagement, and United We Serve. The call would include “a group of artists, producers, promoters, organizers, influencers, marketers, taste-makers, leaders or just plain cool people to join together and work together to promote a more civically engaged America and celebrate how the arts can be used for a positive change!”…

Backed by the full weight of President Barack Obama’s call to service and the institutional weight of the NEA, the conference call was billed as an opportunity for those in the art community to inspire service in four key categories, and at the top of the list were “health care” and “energy and environment.” The service was to be attached to the President’s United We Serve campaign, a nationwide federal initiative to make service a way of life for all Americans.

It sounded, how should I phrase it…unusual, that the NEA would invite the art community to a meeting to discuss issues currently under vehement national debate. I decided to call in, and what I heard concerned me.
There is much more to the story than just that call though.

But, there is even a larger issue that hasn’t yet received much attention in the press. Among the Obama Administration officials on the call were Buffy Wicks, Office of Public Engagement and the lead White House official on the President’s Serve.Gov initiative to promote national service. Also on the call was Nell Abernathy, Director of Outreach for Serve.Gov. One of their main goals on the call, it seems, was to encourage artists to produce works that would reinforce the President’s call for service; specifically through the Serve.Gov web-portal.

As Dana Loesch recently reported at Big Government, the Serve.Gov portal funnels citizens to volunteer or service projects connected with ACORN and other leftist groups. The taxpayer-funded website is evolving into a cyber-recruitment tool for the progressive movement.

So what did happen on that call? Was the NEA coordinating with the White House to push their agenda on a group of artists eager for and reliant upon the NEA for grants, or is the NEA telling the truth that this call “was not a means to promote any legislative agenda”?
Read the two posts linked above and for more background see the NEA entry at Media Mythbusters.

I agree with Patterico who this weekend wrote:

If I were a betting man, I’d be betting big that the upcoming bombshell will relate to the NEA. You read it here first.

But I think Breitbart’s overarching target is even bigger than that: the national media as a whole. Just as the media was caught flatfooted by the ACORN scandal, so too will they be rocked back on their heels by the next bombshell.
If you follow all the links above and track the story as it has evolved, you will see that there was plenty of “there” there and there has been plenty of time for the national media to pick up on it. Yet most in the mainstream media ignored it. I don’t think they are going to be able to ignore this one anymore. Tune in at noon.

UPDATE: Patrick Ishmael at Hot Air’s Green Room has a great post with lots of video.

UPDATE II: The post is up at Big Hollywood with the audio recording of the conference call. A few excerpts:

* “I just first of all want to thank everyone for being on the call and just a deep deep appreciation for all the work you all put into the campaign for the 2+ years we all worked together.”
* “We won.”
* “I’m actually in the White House and working towards furthering this agenda, this very aggressive agenda.”
* “We’re going to come at you with some specific asks here.”
* “I hope you guys are ready.”

More at Big Government, “How to Corrupt Artists in One Quck and Easy Telecon.”

UPDATE III: Also from Big Government: Another Big Operative in WH Has ACORN Ties and Propaganda, Health Care and ACORN. 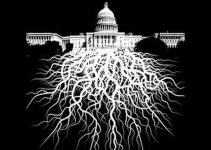