Malcolm Gladwell wrote a fascinating book a few years ago titled The Tipping Point. The theme of the book is that some social/consumer habits can change dramatically in a very short time period of time and bring with that change disproportionately large results. This point of change is what the author described as the “tipping point”, a phrase which has entered the vernacular of today’s politics.

One of the examples Gladwell used in his book was an inexplicable spike in the popularity among young urban dwellers of the shoe we all know as Hush Puppies, “the classic brushed-suede shoes with the light weight crepe sole”. Hush Puppies were a staple of American life for years but had been long removed (think decades) from what might be described as an example of American fashion. Sales of the shoe had dropped to 30,000 pairs a year in 1994.

Sometime in 1995 some Hush Puppies marketing reps learned from a New York City stylist that Hush Puppies were a highly sought after item in Manhattan resale stores. None of this demand was the result of a company sponsored marketing effort, product improvement or sales campaign. Rather, it was the result of the choices made by certain inner city “hipsters”. Gladwell later labeled these change agents (the “hipsters”) as Mavens, Connectors and Salesmen, but don’t be fooled. The Salesmen couldn’t do a thing (and hadn’t) until the Mavens had done their thing in Manhattan clubs where they wore the shoes that no one else would wear in a simple statement of defiance. Hush Puppies had become a sort of “anti fashion” statement, but the odd result of this “anti fashion” epidemic was that annual sales of the shoe went from 30,000 pairs in 1994 to 430,000 pairs in 1995 to 1,600,000 pairs in 1996.

This is a fascinating book that studies the phenomenon of social trends, epidemic behavior and behavioral changes that shock societies in their suddenness. Given the current political environment this book is required reading. It explains much about the “inevitability” (the epidemic effect) of social phenomena similar to the Obama effect and the epidemic qualities that influenced the political environment that led to his sweeping victory in 2008.

I was reminded of this when I read a post by Jennifer Rubin at Contentions that asks if the electorate has reached the tipping point with President Obama:

What has coalesced, it seems, over the past week is the perception that Obama is angry, panicky, and without a game plan, and that his critics no longer cower. In short, out there something has changed: opposition and criticism of the president is everywhere–in mainstream media, in casual conversation, and in local press. The assumption that Obama knows best has been shattered, and the perception sinking in among the pundit class and ordinary voters (some of whom were quite favorably disposed to him before the health-care debate) is that the president is out of touch and just plain wrong when it comes to his desire to reinvent health care for 300 million Americans. In sum, it’s become “in” to criticize, quite openly and vehemently, Obama on his signature initiative.

It remains to be seen whether this is a Katrina-like event–a tipping point after which the public simply tunes out their president. Recent history is filled with examples of course corrections and presidents who regained their effectiveness and political domination after a serious legislative setback. Bill Clinton comes to mind. But given this president’s extraordinarily high self-regard, it remains an open question whether Obama is capable of–what’s the phrase?–self-reflection. Is he able to see that he’s lost the respect and the trust of the public and that it may be time to rethink not just the public option but the entire conception of health care as well?

Is the electorate nearing the tipping point where a wave of “anti Obama” sentiment reaches epidemic levels? 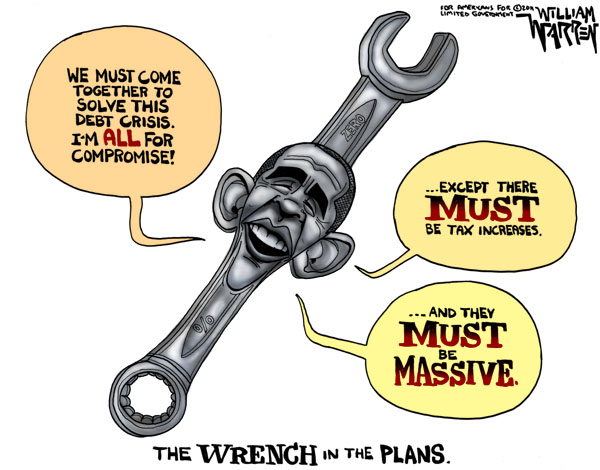