For me, this week has been one of those times when it’s really great to be a conservative. Please indulge me while I pour a tall glass of vintage Schadenfreude and spend the next few moments joyously ridiculing Team Obama and their army of professional “organizers.”

I seem to recall that we’ve just endured eight years of “WE ARE AMERICANS AND WE HAVE A RIGHT TO DEBATE AND DISAGREE WITH ANY ADMINISTRATION!” Am I just waking up from a bad dream? Because I distinctly remember dissent being the highest form of patriotism. I remember liberals flipping out over the Patriot Act, to the extent that they tried to kill it. I remember liberals going nuts when President Bush suggested that Americans report suspicious activity in the wake of 9/11.

But today, with liberals solely holding the reigns of power in Washington, DC, what are they asking their supporters to do?

There is a lot of disinformation about health insurance reform out there, spanning from control of personal finances to end of life care. These rumors often travel just below the surface via chain emails or through casual conversation. Since we can’t keep track of all of them here at the White House, we’re asking for your help. If you get an email or see something on the web about health insurance reform that seems fishy, send it to flag@whitehouse.gov.

Be a patriot — be a snitch. Got it. Naturally in the minds of Team Obama it is absolutely critical that loyal, patriotic Americans snitch on their neighbors who oppose socialized medicine, because no sane person could really oppose the government taking over the entire health care delivery system, could they? It must be part of a giant eeeeeeevil conspiracy orchestrated by rich white insurance lobbyists, pouring millions of dollars into shadowy RNC-affiliated organizations, who are then paying people to show up and belittle our honorable public servants at town hall meetings.

And about those protesters — apparently the Chicago Democrat political machine has decided that they’re the new “Mob”. Where’s Eliot Ness when you need him?

You’ll note that the voice-over narration claims that the Town Hall / Tea Party protests are “straight from the playbook of high level Republican political operatives.” Sorry guys, but disruption and intimidation are straight from the ANSWER, Code Pink, ACT/UP, ACORN, and Organizing For America playbooks:

But why let facts stand in the way of a good smear, or a juicy conspiracy theory? Mary Katherine Ham did a little digging and uncovered the source of the phrases in the DNC “Mob” video that are allegedly from “high level Republican operatives.” Truth is, the quotes are from Right Principles PAC, an obscure Connecticut libertarian political action committee (23 Facebook members and 5 Twitter followers) that published a memo originally emailed to less than a dozen people, urging them to be persistent and outspoken when protesting at town hall meetings. Look out — a dozen Libertarians are on the loose! Goose-stepping brownshirts and the gas chamber are right around the corner. Any day now. Really.

What seems to be frustrating Team Obama the most is that true grassroots opposition to high taxes, out-of-control spending, and government take-overs of one third of the US economy was never supposed to happen! The Obama White House and its minions, a group of professional political organizers (“Organizing For America”) tied politically and financially to ACORN Community Organizations International, SEIU, Teamsters, UAW, AFGE, etc. planned to drum up support for all of President Obama’s policies via carefully astroturfed “grassroots” events packed with professionally-trained activists and rent-a-protesters posing as ordinary citizens. Their events were designed to generate press coverage that would convey a spirit of optimism and unity toward a complete Federal government takeover of the health care, energy, banking, and transportation sectors. The masses were to be subdued by convincing them that “everyone” supported the President, and therefore opposition was unnatural and, well, unpatriotic.

But now that real grassroots protesters who oppose Big Government have started showing up by the thousands at Tea Party rallies, and have essentially taken over the government-sponsored town hall meetings centered around health care reform, Team Obama is in a full-blown state of panic. I think they absolutely understand that Tea Parties and other protests aimed at limiting government are truly a grassroots effort. This scares the living hell out of them because they also know that their own astroturf campaign in support of socialism had to be completely orchestrated from the top-down. In other words, faux “grassroots” support for increased government spending, taxation, and intervention in our private lives doesn’t happen without a tremendous amount of organizational work and money. On the other hand, thousands of citizen protesters will take time off from work and show up at a Tea Party rally without any professional organizing.

It may seem a little frightening when Obama Administration officials publicly call for Tea Party and town hall protesters to be photographed and investigated (I know, I know … can you even imagine the response of liberals if a Bush Administration spokesperson had formally called for investigations of anti-war protesters) but the truth is that we now have Team Obama on the run. They are circling the wagons and firing their guns into the air, hoping to scare us away.

Or to use Saul Alinsky’s phraseology, ” If you push a negative hard and deep enough, it will break through into its counterside.” The self-championed defenders of free speech, dissent, and organized protests are now advocating censorship, intimidation, and other scare tactics in order to save their agenda.

Like I said, this is one of those weeks where I’m really glad to be a conservative. 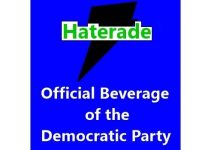 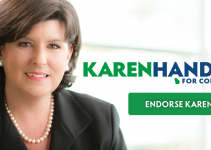