Each week a physical therapist from our school system comes to our house to provide physical therapy assistance to my four year daughter. She’s a very nice lady and I appreciate her help, but I have to say she has drunk way too much liberal kool-aid. We entered into a brief discussion about the mass exodus of high earning, educated people from the state who can’t find jobs. I expressed dismay that the governor and legislature weren’t doing more to help what small businesses were left in the state but were instead trying to enact more policies that would squeeze them even further. The physical therapist also expressed dismay at what is going on, too, but rather than acknowledging the failures of the current administration, she actually said, “well, you know, Engler laid the ground work for this because when he was governor he slashed all kinds of programs.” Her comments were convoluted but I got her message: it’s John Engler’s fault.

It’s 2009. Engler left office in 2003, over six years ago. Sadly, the physical therapist can’t accept that any of the problems facing Michigan today could possibly be the fault of Granholm’s and her liberal allies’ anti-business policies. No way. They had to be the Republican’s fault, even if he hasn’t been in office for more than six years.

This shift the blame mentality is common among liberals because Barack Obama is blaming Bush for his economy.

He Said, He Said
Strange Brew 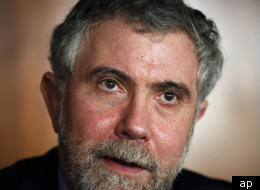