The exceedingly handsome president delighted reporters with an unexpected appearance in the press briefing room shortly after speaking by phone to Cambridge, Massachusetts, hate monger James Crowley, a member of an organization – the Fraternal Order of Police – which endorsed John McCain.

“Because this has been ratcheting up and I obviously helped to contribute ratcheting it up, I wanted to make clear in my choice of words I think I unfortunately gave an impression that I was maligning the Cambridge Police Department or Sgt. Crowley specifically,” Obama said. “And I could have calibrated those words differently.”

“Let me be clear. Those words were not targeted at the Cambridge Police Department alone. The very foundation of law enforcement in this country is steeped in animus toward African-Americans,” he continued. “When I rather inarticulately stated the arresting officers acted stupidly, I was in fact referring to every police officer who’s had the temerity to detain a black man for any reason whatsoever regardless of evidence.”

“I don’t use the word “hero” lightly, but the manner in which Skip Gates has endured this targeted, blatant discrimination with such good nature and aplomb makes him probably the greatest hero in United States history,” Obama added.

Obama later called Gates, recounted his dressing down of the far less erudite and educated Crowley, then invited him to the White House for an appointment as US Ambassador to Burkina Faso.

For Obama, who took office with historically high approval ratings as the first black U.S. president in January, the Republican-engineered incident was a distraction when his signature legislative priority, a health care overhaul, was gaining traction in the U.S. Congress.

Obama said the event will be remembered by historians as a “teachable moment, where all of us instead of pumping up the volume spend a little more time listening to each other” and improve race relations “rather than mouthing off with little understanding of the facts when prompted by a hand selected reporter during a nationally televised news conference.”

“Lord knows we need it right now — because over the last two days as we’ve discussed this issue, I don’t know if you’ve noticed, but nobody has been paying much attention to my singular effort to ensure I can offer health care to every American…and anyone else who mysteriously finds themselves living in the United States,” he said. “But, of course, this isn’t about me.”

While the overtly racist Fox Network refused to honor the president’s Wednesday primetime news conference, choosing instead to air its usual programming, Republican mouthpiece Fox News has been among the most vocal outlets misrepresenting Obama’s innocuous words.

Acclaimed columnist Maureen Dowd, in a scathing editorial published earlier Friday, took Republicans to task. “In yet another glaring demonstration of their failure to imbibe the president’s nuanced brilliance, Republicans have misconstrued simple words. Any day now we can expect the eliding chillbilly baby-factory from Wasilla to stagger out of her igloo and blather an even more ignorant attack dressed up in ridiculous rhetoric of ‘neighbors watching out for one another’.”

“When I see a black man on the porch of my neighbor’s villa in Martha’s Vineyard it’s safe to assume he’s merely the gardener, or maybe their butler. Racism in this country would go the way of Bristol Palin’s virginity if Republicans would just leave behind their close-minded “neighborhoods” and summer in our wonderfully multicultural Hamptons,” the column concludes.

“You can lead a Republican to racism, but you can’t make him embrace a common sense reorganization of America’s failed health care system,” Gibbs cracked to uproarious laughter.

But it was Obama’s impromptu address which proved to be the final nail in the Republicans’ obstructionist coffin. Displaying the easy grace of a jungle cat he strode confidently to the dais and deftly defused any remaining controversy. With his Republican critics now prostrate like Sonny Liston before Muhammed Ali, the president refocused Americans on the task at hand.

“Some in Washington say our health care system is too complicated for Congress to repair in just three weeks. There are those who say universal health care will only add to the mountian of debt I inherited. Opponents of reform ask how a government that can’t manage Medicare can manage the entire health care system. Defenders of the status quo cynically complain about the crippling debt imposed our children.”

“As you know, I’ve consistently said this isn’t about me,” Obama said in a finishing flourish, “but I’m sure as hell not going to let some closet Klansman arresting a dear friend stand between me and the government taking over one sixth of the US economy.” 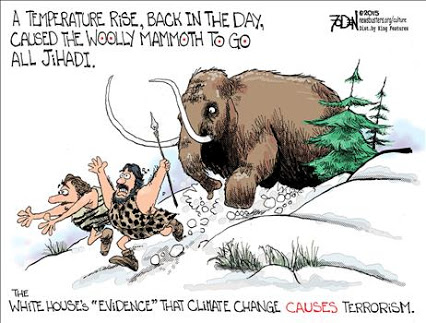