By now you’re probably familiar with the arrest of Harvard professor Henry Louis Gates Jr., at his Cambridge home. Someone observed two men, Gates and his driver, who appeared to be trying to break into the house via the front door and called police. When officers responded what the found was, according to their reports, a very uncooperative Gates.

A law enforcement source said Gates apparently had locked himself out. When Sgt. James Crowley arrived, he said Gates already was inside. But when he was asked to provide identification, Gates allegedly snapped, “No, I will not!”

As Crowley tried to question him, police said Gates bellowed, “This is what happens to black men in America!”

Crowley claimed in his report he tried to calm Gates, but wrote that Gates “shouted, ‘You don’t know who your (sic) messing with!”

I don’t know about you, but I’m certain that were if I were approached by police in my county under similar circumstances at my home and if I failed to cooperate with the responding officers I’d be sitting in the back of their squad car as well.

Now it would be naive to suggest that there is no such thing as profiling, or that black males don’t have a much greater chance of getting arrested that white males, but it seems that the only reason an arrest occurred or that it is garnering so much attention is because Gates and his supporters are trying to make it only about race. You’ve probably already forgot, or may not have even known, that the police where there investigating a crime (breaking and entering) in progress – they didn’t know one of the perps was the resident.

Gates, and his supporters like Rev. Al Sharpton, claim he wasn’t yelling or being uncooperative, and that he was the victim of racial profiling. Those claims are undermined by the police report, photographic evidence, as well as other witnesses:

A 55-year-old neighbor who said he witnessed the incident but declined to give his name, however, said that Gates was in fact yelling loudly, as indicated by a photo taken by another neighbor.

“When police asked him for ID, Gates started yelling, ‘I’m a Harvard professor . . . You believe white women over black men. This is racial profiling.’ “

“The police did their job,” said the neighbor. “He should be thanking them. But they shouldn’t have arrested him. He had just gotten off a 20-hour flight. He couldn’t get his door open. He got frustrated . . . They should have just said forget it.”

Gates has indicated that he fully intends to hoist the mantle of victim-hood upon himself.

I’m reminded of the story of the tasering of the 72-year-old woman in May. Before the dash-cam video of the incident came out she claimed the she wasn’t verbally or physically involved with the officer and, like Gates, that the police report was pure fiction. The video tells a different story.

In both cases the punishment may be excessive but all indications are that they both brought there subsequent arrests upon themselves by their actions.

Both could learn the lesson, though I suspect neither will, that a little cooperation goes a long way… 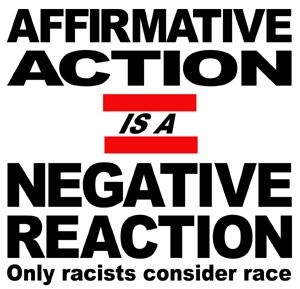