This week’s Weekend Caption Contest™ was another monster hit with over 200 entries. That many entries makes for some very hard judging. Congratulation to retired military for the rare double win with two different captions. The assignment this week was to caption the following newsworthy picture: 5) (Gmac) – “Damn, that’s going to cost me another trip out to eat somewhere exotic.“

6) (Jeff Blogworthy) – “That puts a twinge in my surrender monkey.“

(retired military) – “Obama leans to the right for the first time since he was elected President.” 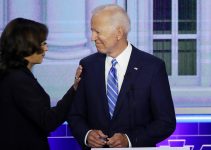