Members of Congress just love to use the American taxpayers as their own personal ATM. They can go to the bank and money they never earned is magically there. Overseas trips by congressman and senators have gone way up the past few years, especially since the Democrats took over control of Congress in 2006. The Wall Street Journal explains:

Spending by lawmakers on taxpayer-financed trips abroad has risen sharply in recent years, a Wall Street Journal analysis of travel records shows, involving everything from war-zone visits to trips to exotic spots such as the Galápagos Islands.

The spending on overseas travel is up almost tenfold since 1995, and has nearly tripled since 2001, according to the Journal analysis of 60,000 travel records. Hundreds of lawmakers traveled overseas in 2008 at a cost of about $13 million. That’s a 50% jump since Democrats took control of Congress two years ago.

The cost of so-called congressional delegations, known among lawmakers as “codels,” has risen nearly 70% since 2005, when an influence-peddling scandal led to a ban on travel funded by lobbyists, according to the data.

I’m sure there are many parents who would love to send their high schoolers and college age kids overseas to learn about the world, too, but unlike the congressmen and senators, they would have to pay for it themselves and most parents don’t have that kind of cash lying around, especially in an economy like we have now.

And these same politicians couldn’t get their mugs on television fast enough to express their “outrage” that business executives used private jets for travel. 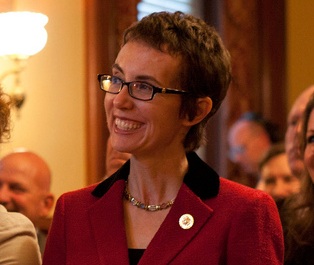