Earlier this week, the ubiquitous Karl Rove penned a brilliant op-ed for the Wall Street Journal entitled Flip-Flops and Governance. Here is a sample:

Barack Obama inherited a set of national-security policies that he rejected during the campaign but now embraces as president. This is a stunning and welcome about-face.

For example, President Obama kept George W. Bush’s military tribunals for terror detainees after calling them an “enormous failure” and a “legal black hole.” His campaign claimed last summer that “court systems . . . are capable of convicting terrorists.” Upon entering office, he found out they aren’t.

He insisted in an interview with NBC in 2007 that Congress mandate “consequences” for “a failure to meet various benchmarks and milestones” on aid to Iraq. Earlier this month he fought off legislatively mandated benchmarks in the $97 billion funding bill for Iraq and Afghanistan.

Mr. Obama agreed on April 23 to American Civil Liberties Union demands to release investigative photos of detainee abuse. Now’s he reversed himself. Pentagon officials apparently convinced him that releasing the photos would increase the risk to U.S. troops and civilian personnel.

Throughout his presidential campaign, Mr. Obama excoriated Mr. Bush’s counterinsurgency strategy in Iraq, insisting it could not succeed. Earlier this year, facing increasing violence in Afghanistan, Mr. Obama rejected warnings of a “quagmire” and ordered more troops to that country. He isn’t calling it a “surge” but that’s what it is. He is applying in Afghanistan the counterinsurgency strategy Mr. Bush used in Iraq.

As a candidate, Mr. Obama promised to end the Iraq war by withdrawing all troops by March 2009. As president, he set a slower pace of drawdown. He has also said he will leave as many as 50,000 Americans troops there.

These reversals are both praiseworthy and evidence that, when it comes to national security, being briefed on terror threats as president is a lot different than placating MoveOn.org and Code Pink activists as a candidate. The realities of governing trump the realities of campaigning.

Rove’s article also includes a discussion about economics and fiscal policies. But the theme that resonates throughout his article echoes what conservatives have been saying for the last two years, which is perfectly encapsulated in this famous quote from Eric Hoffer: “Mister, it is easy to be full of rage. It is not easy to go to work and build something.” In other words, the realities of actual policy formation and implementation, combined with the weight of having to live with the consequences of those policies, is much more difficult than simply calling the other guy names.

I think we now have come to the end to the five-year left-wing attack theme of Bush “shredding the Constitution.”

Except for the introduction of euphemisms and a few new ballyhooed but largely meaningless protocols, there is no longer a Bush-did-it argument. The Patriot Act, wiretaps, e-mail intercepts, military tribunals, Predator drone attacks, Iraq, Afghanistan — and now Guantánamo — are officially no longer part of the demonic Bush/Cheney/Rumsfeld nexus, but apparently collective legitimate anti-terrorism measures designed to thwart killers, and by agreement, after years of observance, of great utility in keeping us safe the last eight years.

I doubt we get any more movies about ongoing renditions, redactions, any more Checkpoint-like novels, any more waterboarding skits and reenactments, any more late-night comedians doing their Bush tapped, intercepted, tortured, renditioned, tribunaled poor suspect X routines … We are now in the age of a sober and judicious President Obama who circumspectly, if reluctantly and in anguish at the high cost, does what is necessary to keep us safe.

And we won’t see a brave young liberal senator, Obama-like, barnstorming the Iowa precincts blasting a presidency for trampling our values with the shame of Guantánamo, wiretaps, intercepts, renditions, military tribunals, Predators, Iraq, etc. That motif just dissolved — or rather, it never really existed.

It short, all the fury, the vicious slander, the self-righteous outbursts, the impassioned speeches from the floor, the “I accuse” op-eds by the usual moralistic pundits — all that turned out to be solely about politics, nothing more.

I have always believed that history will ultimately be kind to George W. Bush. Now it seems that we have Barack Obama and the Democrats to thank for it.

So this is it
Some Real History Of Wartime Interrogation 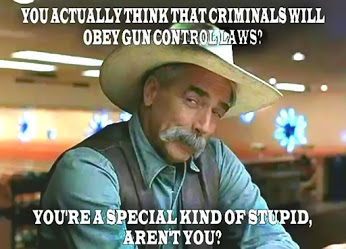