Kim has already touched on the new proposed automotive fuel economy and emissions standards announced by the Obama Administration, but I wanted to add a link to another good article from the AP: “Obama’s New Rules Will Transform Auto Fleet“. It’s worth your time to read and (for a mainstream press piece) it does a pretty decent job of discussing the pros and cons of these new standards:

The new rules would bring new cars and trucks sold in the United States to an average of 35.5 miles per gallon, about 10 mpg more than today’s standards. Passenger cars will be required to get 39 mpg, light trucks 30 mpg.

That means cars and trucks on American roads will have to become smaller, lighter and more efficient.

Eric Fedewa, vice president of global powertrain forecasting for the auto consulting firm CSM Worldwide in Northville, Mich., said the changes will make pickup trucks so much more expensive that they will be used almost exclusively for work.

And instead of a minivan or SUV, more parents will haul their families in much smaller vehicles with three rows of seats – something more like the Mazda 5 small van, he said. The Mazda 5 gets about 28 mpg on the highway.

“I think what you’ll see is a lot more creativity in interior packaging,” Fedewa said. “You’ll get more rows of seats where you traditionally had cargo space.”

Already on Tuesday, some drivers were skeptical. Dixie Bishop, who runs a plumbing business in San Antonio that uses vans, worries the new requirements will drive up her costs at a time when customers are cutting back on repairs.

“Are they going to take my horsepower down?” she asked. “I have to be able to carry old water heaters and toilets. It’s not beneficial for me to haul one water heater at a time. We need the power to pull these heavy items.”

The changes will start with smaller cars and trucks, and improvements to the internal combustion engine, Fedewa said. Automakers also already working on new technology, including direct fuel injection and high compression of the air-fuel mixture, that will make cars and trucks more efficient.

Car companies are rewiring vehicles so components such as air conditioners and power steering pumps are powered by electricity rather than by the engine, saving fuel.

And they’re developing computer-controlled transmissions with six or more gears, adding efficiency, and rolling out more gas-electric hybrids – among the few cars sold today that meet the 2016 standards.

Of course, developing the technology will cost money – billions of dollars – and automakers will pass that on to their customers.

What is most troubling about this whole episode is that it is being orchestrated entirely by the Federal Government. Market forces are not the primary motivation for these drastic changes, and past experience with large-scale government meddling tells us that the end result will probably be very expensive and generally unsatisfactory.

1) We use too much oil. Oil is a bad thing — it pollutes the planet — and we need to decrease our use of oil if we want to save the planet. But we use oil for virtually everything, and it is the most cost-effective and efficient source of energy available today. So the government must force us to reduce oil consumption.

2) High taxes, increased drilling and exploration bans, and exhaustive regulations will make domestic oil and gas production so expensive that energy companies will simply give up looking for oil in the United States.

3) Cap and Trade taxes will make electricity generation via fossil fuel (primarily natural gas and coal) expensive, and will force electricity providers to invest in alternative forms of generation, even though none of them currently are as cost effective as fossil fuels. (Naturally, nuclear power will probably be off the table.)

4) Stringent mileage and emissions standards will force automakers to transform the bulk of their fleet into smaller, lighter, underpowered versions of vehicles that are currently available. Nationalization of the automotive industry will ensure that the top priorities for the design and manufacturing of virtually every car built in the US will be a combination of political palm greasing and government regulations. Electric cars are still prohibitively expensive. Hybrid vehicles hold promise. But the forced demise of larger vehicles (and the increased cost of powering them) will be far-reaching and costly.

5) If the free market won’t voluntarily push gasoline prices up to the $4 a gallon range necessary to force consumers into tiny cars or hybrids, government will add tax after tax, until fuel is prohibitively expensive.

If you can afford the future fuel cost hikes, perhaps this is a good time to invest in a high-quality, dependable gasoline powered automobile like a Chrysler 300 or a Mazdaspeed 6. I’m guessing that if Obama’s rules are implemented as-is, in just a few years there will be a healthy market for good quality mid-90’s to mid-00’s used, “pre-government” vehicles. Of course the government will probably find a way to tax this as well.

And how will increased prices and operating expenses for trucks and vans impact the economy? Imagine the service charge for a plumber doubling in order to to pay for $5 a gallon gasoline and excise taxes on his “oversized” vehicle, or imagine the cost of having your car towed doubling or tripling. The Obama Administration says that their rules will add $1300 to the cost of every vehicle. But believe me, the price we will all pay will be many multiples of that.

Yet there still may be some pleasant surprises in store. Even if the US plans to move away from fossil fuels, most of the rest of the world cannot afford that luxury. There is still a lot of money to be earned from oil and natural gas exploration and production, and nations that want to earn that money will continue to develop technologies necessary to improve the efficiency of fossil fuel extraction. More American technology and engineers may end up overseas, but in today’s global economy increased fossil fuel production in places like Russia and China will contribute to an overall lower world market price of fossil fuels — which in turn may provide American consumers with powerful leverage against expensive and intrusive government mandates. As long as we continue to have the freedom to vote, excessive regulation can be stopped or rescinded by the will of the people.

During the last thirty years, without major interference from the government, Detroit has managed to roughly double the fuel efficiency of gasoline engines, without major compromises in either the safety or performance of its vehicles. If it is given a fair chance, the market will respond to the needs of consumers. Even though my faith in “Government Motors” is limited at best, my faith in the ability of the American people to weigh their options and choose what is best for them — even if it goes against the will of the chattering class — still remains strong.

When the "B" in MBA Does Not Stand for 'Business'
RNC Ad: Obama Card 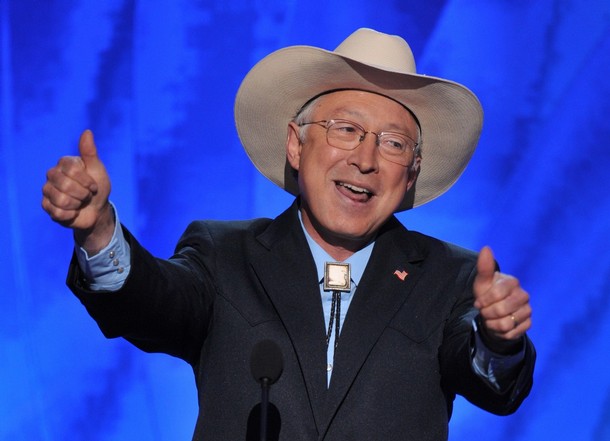