Home
Democrats
"If you drive a car, I'll tax the street …"

The Politico is reporting that Democrats are looking at additional increases in Federal alcohol and tobacco taxes, as well as new Federal taxes on snack foods, sugary drinks, health care savings accounts, and employee health benefits as possible ways to pay for government health care reform.

Of course we just enacted a 160% tax increase on cigarettes ($0.39 increased to $1.01 per pack) and an 800% increase on cigars ($0.05 increased to $0.40 per stick) in order to pay for the $33 billion expansion of the SCHIP program. But Democrats are now talking about adding an additional $2 per pack for cigarettes, which would make the cost of cigarettes in the US roughly equivalent to what they cost in Canada. And in Canada, 70% of the price of a pack of cigarettes goes toward taxes.

For a long time, conservatives have warned about “Twinkie taxes” and other interferences in the personal lives of Americans that will surely follow a government take-over of health care. Insurance companies and HMO’s have already curtailed much of our freedom to make health care decisions, but private health care organizations do not have the power to criminalize certain behaviors or levy taxes. The government does, and once they have appointed themselves caretakers of our nation’s health, they will waste no time making “responsible” decisions for all of us.

And if that’s not bad enough, look at the health benefit-related taxes that Democrats are also considering:

People who like the tax-free status of their company health benefits could be asked to ante up. Money in the pot: more than $700 billion over 10 years.

Treasure the tax benefits from your health savings account? Some experts say the accounts encourage “excess consumption” of health services — and committee Chairman Max Baucus (D-Mont.) agreed they’re worth a look. Money in the pot: $60 billion over 10 years.

Baucus gave one of the clearest signals yet that limiting the tax-free status on employer-based insurance remains a serious option. Obama opposed it during the campaign and repeatedly went after Republican John McCain for making it the centerpiece of his health care plan. Labor unions are also against it.

Yet the idea is attractive because of the money it could generate: $250 billion annually if the deduction was lifted altogether. Baucus insisted a full repeal was not under consideration, but he said lawmakers must look at the deduction.

“I know that there is some controversy around doing so,” Baucus said. “But the current tax exclusion is not perfect. It is regressive. It often leads people to buy more health coverage than they need.”

Wow. Liberals are usually quick to dismiss any notion of health care rationing under a nationalized health care plan, but when politicians talk about “excess consumption” and “more than they need,” what else besides rationing could they be talking about? Obviously Baucus & Company believe that it is wrong for Americans to have a choice regarding the quality of health coverage that is available to them — presumably because the exact same options are not affordable for everyone. That’s like saying that the Mercedes Benz SLR should be outlawed in the United States, because only a handful of people can afford its $495,000 sticker price.

Once again, Democrats have demonstrated their hostility toward the free market. But history tells us that 1) when “fairness” is allowed to trump supply and demand, shortages are the inevitable result, and 2) there is no such thing as true “fairness” — whatever sector of the economy that the government tries to manage, it will always have its version of the “Friends of Angelo.” These tax plans should serve as a sobering example of how a nationalized health care system will really work. 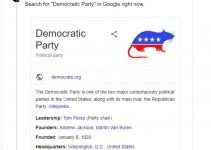