Chrysler is no more. Obama will give the UAW 55% ownership stake in the company as well as seats on the board. From Bloomberg:

The United Auto Workers union’s retiree health-care fund will own 55 percent of Chrysler LLC in exchange for cutting in half the automaker’s $10.6 billion cash obligation to the trust, people familiar with the matter said.

Under the terms of the contract, the trust would get representation on the company’s board of directors, said two people briefed on the deal, who asked not to be named because the matter is private.

The tentative agreement was approved unanimously by UAW leaders yesterday and will be sent to union locals for ratification, one of the people said. Chrysler, operating with $4 billion in U.S. loans, faces an April 30 deadline to restructure its costs or risk losing government support.

“With employees effectively sharing the risks, this could play to the advantage of the ailing company,” said Howard Wheeldon, a senior strategist at BGC Partners LP in London. The UAW role, if confirmed, may be the only “feasible way of moving forward,” he added.

Of course the deal was approved unanimously. However, in order for this deal to make the UAW any money, consumers will have to purchase Chrysler vehicles in large numbers, and I wonder if Americans will be willing to do so knowing that the UAW is being so richly rewarded for virtually killing the company to begin with.

Now we know what a GM deal might look like. If it also agrees to give the UAW a huge stake in that company in exchange for cuts in contracts, then that would be one awfully large payback from an American president to a constituency group. But this was what it was all about to begin with. Take over private companies and hand them over to Democratic constituency groups.

I remember Rush Limbaugh discussing this in the context of GM and it turns out he was spot on:

Now, folks, I made another prediction. Maybe Cookie will be able to find this in the show archives. But I made another prediction last year. I said, “I wouldn’t be surprised if the end result of this is to end up making the United Auto Workers the essential owner of General Motors.” Remember when I said that, Snerdley? That’s the ultimate game, return the nation’s wealth to its rightful, quote, unquote, rightful owners. So we’ll see. This is just step one.

Obama told us he wanted to spread the wealth and he is coming through on his word. An American company has been seized and redistributed to the union. I never thought I’d see such a thing in America.

Air Force One File Photo Fun
The End Of The World Is Nigh! 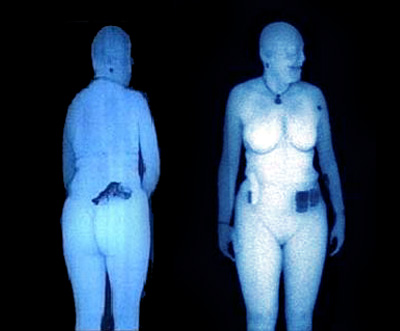