Now, we’ve got a sixth scandal from Lila Rose and Live Action Films, this time in Memphis, TN. In this video, she poses as a fourteen-year-old impregnated by a thirty-one-year-old. In Tennessee, that is a felony, and health professionals are required by law to report suspected sexual abuse to law enforcement immediately.

What do you think the Memphis Planned Parenthood staffer did?

From the press release:

A counselor at a Planned Parenthood clinic in Memphis, TN was caught on hidden camera coaching a 14-year-old girl to lie to a judge so he would not find out about her 31-year-old boyfriend and the girl could obtain a waiver for an abortion without her parents’ knowledge. This is the sixth Planned Parenthood clinic implicated in a developing multi-state child abuse scandal involving the deliberate suppression of evidence of statutory rape.

Lila Rose, 20-year-old UCLA student and president of the nonprofit Live Action, entered Planned Parenthood’s Memphis Health Center undercover and told a counselor that she was 14 years old, pregnant by her 31-year-old “boyfriend”, and needed a secret abortion so her parents would not find out about her sexual relationship with the older man. Tennessee Code 37-1-605 requires health professionals to report suspected cases of sexual abuse of minors to law enforcement immediately.

… The new video marks the fifth in Live Action’s “Mona Lisa Project,” a nationwide undercover investigation that documents Planned Parenthood’s repeated noncompliance with state mandatory reporting laws for sexual abuse of minors. Tennessee is the third state to be implicated in the controversy, along with Arizona and Indiana.

“This is the sixth clinic we have recorded that manipulates the law and covers up sexual abuse. Planned Parenthood’s abortion-first mentality makes it operate as an advocate for terrible crimes against children,” Rose states. “What more do authorities need to see before holding this organization accountable for its institutionalized indifference to statutory rape and sexual abuse of children?”

There are six videotaped cases of Planned Parenthood breaking the law in three states, plus one recorded conversation in California. The only state to start any kind of investigation into Planned Parenthood was Indiana. I don’t know what more to say that I haven’t already said. Planned Parenthood is a taxpayer-funded organization, people. They receive over $300 million of our money every year. And this is what they’re doing with that money. This has gone beyond mere coincidence. Yet we continue to look the other way. Planned Parenthood should have to face the legal consequences of what they are doing, but at a bare minimum, the taxpayer funding should stop immediately.

Covering up the sexual abuse of children is evil. Planned Parenthood is showing over and over and over again that they are perfectly fine with doing just that. Perhaps it’s time to take action, folks. Let’s start with Tennessee.

Call the following Tennessee congressmen and senators and ask them about this issue. Also call the Tennessee governor. Be polite. Ask them if they would support an investigation of Planned Parenthood based on this information and if so, will they take action to initiate one. These videos mean nothing if we do not take action, so let’s stand up together. Lila Rose can’t do everything; it’s our responsibility, too. 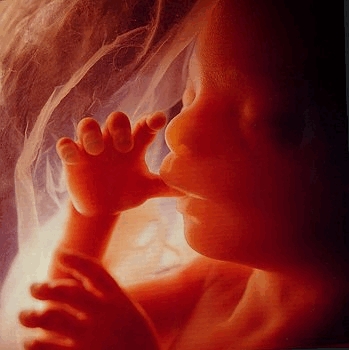