Home
Barack Obama
Did Obama Bow Down to the Saudi King?

That is certainly what it looks like, and it’s a mistake not just because it violate protocol but because of the symbolism it sends. No US president is supposed to bow down to a foreign head of state because it indicates submission, and the American president does not submit to anyone. But here is Obama, bowing to King Abdullah. In the video, you’ll see at around the 52 second mark King Abdullah see Obama approaching and hold out his hand. As Obama reaches to shake the king’s hand, the upper portion of his body begins to bow. Some commenters at other sites wonder if he’s kissing his ring. No, he’s not. Obama’s head does not bow down far enough and you can see their hands shaking. But the symbolism is clear enough.

Many Obama supporters probably view this as no big deal. It may not be a big deal to them, particularly since they think Obama can’t do anything wrong. But it is a big deal, especially in many parts of the world that are anti-American. I think it’s a safe bet that anti-American Muslims all over the world are thrilled with the symbolism of the bow: the American president prostrating himself before a Muslim leader.

Doug Ross: at least he didn’t kiss his feet.

Well, the summit isn’t over yet.

Lorie adds: Remember all those on the left so upset that we did not recognize Iraq’s sovereignty? Isn’t this an example of President Obama signaling weakness of American sovereignty, albeit just symbolically?

Update: Ed Morrissey has ranked Obama’s bow to the Saudi king as the worst of the Obamateurisms thus far, and he put together a video comparing Obama’s greeting of the Queen of England and the King of Saudi Arabia. 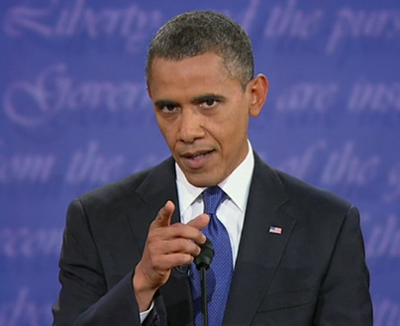