Over at Memorandum there is a link to a number of leftwing bloggers and journalists breathlessly awaiting the arrest of former Bush administration advisors and attorneys for their role in “violat(ing) international law by providing a legalistic framework to justify the use of torture of American prisoners at Guantánamo Bay, Cuba”.

More ominous for Yoo and Addington et al is that the judge involved is the one who nailed Pinochet. That dude doesn’t mess around. Spain’s action means these war criminals are vulnerable in 24 European countries for arrest and prosecution for enabling torture. It’s a start.

Notwithstanding that the reported investigation has been launched in a Spanish Court, it is noteworthy that the Left in this country continues to cling to the fiction that they have an alternative strategy to the Bush administration’s prosecution of the War on Terror. The Obama administration has punted the matter of the continued operation of Guantánamo Bay by issuing an order without a solution. Similarly the Left encourages the prosecution of Bush administration officials without offering a plan as to how they intend to fight asymmetrical warfare, other than to give speeches.

The Obama Administration would be well advised to foreclose the possibility of the prosecution of the former administration’s advisors if it wants to maintain any semblance of concern for national security interests. The chances of such a policy appear slim though given the bizarre taped address President Obama served up to the Iranians last week and his failed entreaty to the Russians the week before. However powerful the administration’s estimation of its own message conveying power, no amount of political spin will contain the damage caused by our enemies’ exploitation of some perceived weakness in the Executive. John Yoo, one of the targeted Bush administration officials, laid out the risks involved in this policy very clearly:

While the officials named in the complaint have not addressed these specific accusations, Mr. Yoo defended his work in an opinion column in The Wall Street Journal on March 7, warning that the Obama administration risked harming national security if it punished lawyers like himself.

“If the administration chooses to seriously pursue those officials who were charged with preparing for the unthinkable, today’s intelligence and military officials will no doubt hesitate to fully prepare for those contingencies in the future,” Mr. Yoo wrote.

This particular Spanish inquisition will be a litmus test for the Obama administration as it will tell the public whether real adults are in charge of US foreign policy and the War on Terror or if the radicals bent on revenge at all costs have assumed control. 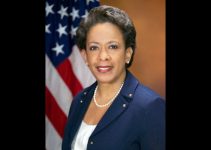