The political debacle that is now AIG threatens to force Democrats to do something they haven’t had to do in years: govern and live with the consequences of their decisions. Evan Newmark summed up the current political climate in Washington by noting that once the AIG scandal has moved on from the public’s attention Congress should be on guard for a surly response from the electorate:

But the Washington populists ought to tread carefully. It’s one thing to stir up the mob, it’s another to control it. Eventually, the public will tire of the old outrages and look for new ones. And suddenly some of the things down in Washington will start to look pretty outrageous, too.

Like Senator Ted Stevens, a convicted felon, receiving $122,000 a year from a government pension. Like Congressman Charlie Rangel, the man most responsible for the U.S. tax code, failing to pay taxes on his Dominican vacation home. Like Rep. Maxine Waters doing favors for a bank in which her husband was a stockholder and former board member.

Watching today’s spectacle at the House Financial Services subcommittee overseeing the AIG circus was informative, to say the least. AIG CEO Edward Liddy made it crystal clear that every decision made by AIG and its board was vetted first by a representative of the Federal Reserve Bank, a fact that effectively muted all of the hysterics from various House members the last few days (not to mention the fact that Obama and Congress already knew weeks ago about the retention bonuses). Characteristically, this Congress covets all of the power and none of the responsibility.

The legacy media is catching on to Congress’ ineptitude also:

For the first time since last fall’s election, Democrats and the Obama administration are backpedaling furiously on an issue easily understood by financially strapped taxpayers: $165 million in bonuses paid out at bailed-out AIG.

..Gone are the days when they could merely bludgeon the Bush administration and promise to seek bipartisan solutions to the nation’s economic problems.

Now, in control of the White House and Congress, they are struggling to come up with an explanation for what no one in either party seems moved to defend.

President Obama surely recognizes the shifting sands under his feet. Today, with Geithner by his side, he professed faith in his Treasury Secretary (make room under the bus!) and tried to take ownership of the AIG monster by stating that the “buck stops with me”, a position that was subsequently rendered inoperative when he invoked the “inherited problem” defense in his next breath. It must be hell trying to govern when you don’t have George Bush to kick around anymore.

The Democrats have laid a foundation of distrust and incompetence in the mind of the public that is of a scale with the House Post Office scandal. 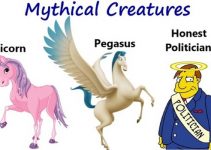