Home
Abortion
The Knucklehead of the Day award

Today’s winner is Brazilian Archbishop Jose Cardoso Sobrinho. He gets the award for the following–

A senior Vatican cleric has defended the excommunication of the mother and doctors of a nine-year-old girl who had an abortion in Brazil after being raped.

Cardinal Giovanni Battista Re, head of the Catholic church’s Congregation for Bishops, told the daily La Stampa on Saturday that the twins the girl had been carrying had a right to live.

“It is a sad case but the real problem is that the twins conceived were two innocent persons, who had the right to live and could not be eliminated,” he said.

Re, who also heads the Pontifical Commission for Latin America, added: “Life must always be protected, the attack on the Brazilian church is unjustified.”

The row was triggered by the termination on Wednesday of twin foetuses carried by a nine-year-old allegedly raped by her stepfather in the Brazilian state of Pernambuco.

The regional archbishop, Jose Cardoso Sobrinho, pronounced excommunication for the mother for authorising the operation and doctors who carried it out for fear that the slim girl would not survive carrying the foetuses to term.

“God’s law is above any human law. So when a human law … is contrary to God’s law, this human law has no value,” Cardoso had said.

He also said the accused stepfather would not be expelled from the church. Although the man allegedly committed “a heinous crime … the abortion – the elimination of an innocent life – was more serious.”

Let’s review what the stepfather exactly did

And what the doctor and mother did to save the nine-year old is WORSE?

By the way abortion is illegal except if a mother’s life is in danger. A nine-year-old is not physically ready to give birth. The danger of things like a uterine rupture are increased greatly.

I prefer if the twins didn’t need to be aborted, but to say what the doctor and girl’s mother did is worse, is just idiotic in light of the stepfather’s history and that is why I name Brazilian Archbishop Jose Cardoso Sobrinho today’s Knucklehead of the Day.

Hat tip- Doug at Below the Beltway 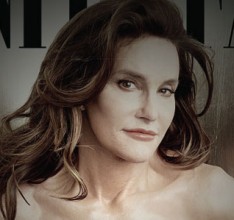