Home
Barack Obama
The Obamas are narcissistic? You don’t say!

So, as we all know, Gordon Brown came to visit with Barack Obama. He, of course, brought his wife and two children: two boys named Fraser and John. And it doesn’t seem like President Obama is making a great first impression on Prime Minister Brown.

First, Obama cancelled the press conference with Brown… because of snow.

No sooner had the Prime Minister’s plane touched down at Andrews Air Force on Monday evening when word was passed to travelling Westminster correspondents that the press conference they’d been told to expect had been called off “because of snow”.

Hours earlier, at around 4pm EST on Monday, a British official had told me that there would be a “press conference” after the PM and President Barack Obama had met in the Oval Office and before they had their working lunch in the Old Family Dining Room. Exact timings, however, were vague.

By 8pm, the press conference – if there’d ever been one planned – was officially off. The White House press schedule stated: “There will be a pool spray of the meeting.” In layman’s language, that means a small collection of reporters and perhaps two or three quick questions. That means something very short and ample opportunity to dodge anything difficult.

… Brogan quotes one Number 10 apparatchik as saying: “We’re trying for something a bit more intimate but there won’t be flags and podiums. We were going to do one in the Rose Garden but with the weather. They will be together and they will take questions.”

Oddly enough, at White House press secretary Robert Gibbs’s 2pm briefing, he said that “I believe it’s going to be some questions in the Oval”. Although he added that “I don’t know the answer to all of the logistics”, it was pretty clear at that stage – within the White House at least – that there wasn’t going to be a press conference.

The notion that there would ever have been a press conference scheduled in the Rose Garden at the start of March is, of course, faintly ridiculous.

Mr Brown might be forgiven for thinking that his friend, rival and predecessor Tony Blair would not have been treated the same way by his bosom buddy President George W. Bush. After all, there are 132 rooms in the White House at least some of which, presumably, are currently free of snow.

On the other hand, President Obama is terribly busy this Tuesday. The White House schedule tells us that he is delivering remarks at the Department of Transportation to deliver remarks about the American Recovery and Reinvestment Act and is also speaking at the Department of Interior to mark its 160th anniversary.

There’s a conflab with Pentagon chief Bob Gates. Oh, and Mr Obama will also meet “a delegation from the Boy Scouts of America and receive their 2008 Report to the Nation”. in the Oval Office.

Mr Brown might lament that despite the so-called “special relationship” Britain is now getting the same treatment as the President of Uruguay but he need not despair. I’m told there’s a chance he might get drinks with Vice President Joe Biden on Tuesday evening.

Interesting that Obama cancelled on account of snow. Not too long ago, he was preaching to DC residents that they needed to suck it up and stop complaining about the snow so much. Meanwhile, he was cranking up the thermostat to near greenhouse temperatures. But then, when Prime Minister Gordon Brown comes to town, suddenly the snow is a hindrance.

What happened to that flinty Chicago toughness, President Obama?

Britain is one of our closest allies, and Obama couldn’t make it a priority to make sure that press conference happened? If for no other reason, it should have been a priority as a sign of respect. What’s truly scary is that this was not an unexpected visit… but the Obama administration couldn’t even coordinate this meeting with advanced notice. And as the blogger, Toby Harnden, noted, there were presumably 132 snow-free rooms inside the White House that could have been used.

If he can’t even be prepared for an expected visit from one of our closest allies, what will happen if he gets that 3am phone call everyone obsessed about during the campaign?

And don’t think it was just the President who showed poor class. The First Lady wasn’t a model of graciousness and charm, either. While Sarah Brown came to the White House armed with thoughtful gifts for the Obama children, Michelle Obama couldn’t be bothered to do more than send an aide down to the White House gift shop for the Brown boys.

Like all good guests, Sarah Brown arrived bearing gifts for the children, Malia and Sasha. And they were really nice presents. A bit of thought had clearly gone into choosing them: Top Shop dresses (with matching necklaces) and a selection of books by British authors. Lovely.

Mrs Brown may have two boys but she certainly knows the way to a little girl’s heart. These were gifts chosen in the true spirit of present-giving: to please the recipient, not the giver.

In return Mrs Obama gave the Brown children, Fraser and John, two toy models of Marine One, the Presidential helicopter. Fair enough on the helicopter part, always a popular choice with small boys; but Marine One? It’s not as though anyone needs reminding that Barack Obama is President or that he has his own helicopter. Short of giving the boys Action Man models of her own husband smiting the evil forces of neoconservatism, Mrs Obama’s gesture could not have been more solipsistic or more inherently dismissive of Mrs Brown.

Not only did she demonstrate that she spent approximately three seconds contemplating the needs of the Brown boys (having an aide pop to the White House gift shop for a piece of merchandising does not imply a great deal of thought), she appeared to show a most uncharacteristic lapse of judgment.

And yes, those Marine One playsets are sold in the White House gift shop. They’re a whopping $15. I somehow think that two dresses with matching necklaces along with a handful of books cost more than $30, and I certainly don’t think that Sarah Brown got them from the Downing Street gift shop. There was also only one White House photograph of the two of them meeting together, making me wonder if Michelle even bothered to spend any time with her guests beyond this one meeting.

Of course, I get we can somewhat commend Michelle. She didn’t cancel the meeting altogether for some bogus reason, and hey, at least she got them something, right? Even if the gifts were little models of thoughtless narcissism, it’s better than nothing, I guess.

The entire handling of the Prime Minister’s visit shows an unbelievably embarassing amount of narcissism and egotism from the White House, from both the President and the First Lady. Britain, one of our closest allies, was brushed aside as if they were some small, insignificant nation that we didn’t really need to pay attention to. The problem is not the gifts on their own — it’s the overall treatment of our closest ally since WWII that’s made Brits so furious. Rather than showing graciousness, the Obamas just brushed them aside. It seems to me that they’re buying into the hype a little too much. To them, they truly are the Messiah couple. And if they’re truly the Messiah couple, then the Browns should feel honored in their presence, rather than treated like an honored guest.

The Prime Minister of Britain and his family deserved better treatment than this. They should have been treated like the honored guests that they were. It just seems to serve as another example that of how clueless and inexperienced the Obamas are… while simultaneously thinking the world of themselves.

Bailed out
Venezuela - Slouching Toward Communism 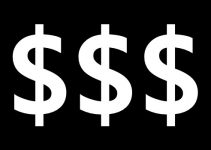