Home
Asshats
“I have here in my hand a list …”

That word, schadenfreude, it just keeps popping up these days:

In the Washington of the early 1960s, allegations or proof of homosexuality could end a career. In October 1964, Walter Jenkins, another senior aide in the Johnson administration, was arrested for allegedly having sex in the men’s room of the Washington YMCA. The news leaked just before the election, and Johnson, rushing to stem the political damage, quickly secured the resignation of Jenkins, then his longest-serving aide.

Even Bill Moyers, a White House aide now best known as a liberal television commentator, is described in [FBI] records as seeking information on the sexual preferences of White House staff members. Moyers said by e-mail yesterday that his memory is unclear after so many years but that he may have been simply looking for details of allegations first brought to the president by Hoover.

His “memory is unclear”. Really. Well, if the man can’t think straight any more, then why is he lecturing me about the evils of Republicans and evangelical Christians every week? For that matter, why is a man who was once as partisan a political operative as Karl Rove ever dreamed of being lecturing me about anything? Moyers was far more than just an “aide”; he was a major strategist for Johnson’s ’64 Presidential campaign, served as Johnson’s informal chief of staff from October 1964 until 1966, and from July 1965 to February 1967, he served as White House Press Secretary. Morley Safer had this to say about Moyers in his autobiography Flashbacks:

“I find it hard to believe that Bill Moyers would engage in character assassination over one evening news broadcast — even given the political imperatives of the moment. But I confess, I find it harder not to believe it.

His part in Lyndon Johnson and J. Edgar Hoover’s bugging of Martin Luther King’s private life, the leaks to the press and diplomatic corps, the surveillance of civil rights groups at the 1964 Democratic Convention, and his request for damaging information from Hoover on members of the Goldwater campaign suggest he was not only a good soldier but a gleeful retainer feeding the appetites of Lyndon Johnson.

It’s all too confusing. Bill Moyers, the sometimes overly pious public defender of liberal virtue, the First Amendment, and the rights of miniorities playing the role of Iago.”

And if you don’t know about the blatantly illegal activities ordered by Lyndon Johnson during the 1964 election, then you should read this. An excerpt:

In the fall of 1964, the White House turned to the CIA to get advance inside information about the Goldwater campaign, although the senator could hardly be described as a “domestic enemy” (the only valid excuse for agency action). E. Howard Hunt, later convicted for his part in the Watergate break-in, told a congressional committee a decade later that he was ordered to spy on Goldwater’s headquarters. He said that President Johnson “had ordered this activity” and that White House aide Chester L. Cooper “would be the recipient of the information.”

Goldwater’s regional political directors were convinced that the telephones of the Republican national headquarters in Washington were bugged. At one private meeting aides discussed the possibility of a campaign stop by Goldwater in the Chicago area. Midwest director Sam Hay called the Republican chairman of Cook County, who agreed it was a good idea but promised to keep the trip confidential. Within the hour, a reporter called to say that he had heard Goldwater would be coming to town and wanted the details.

Senator Goldwater recalled that two correspondents once questioned him about a proposal not yet made public: that if elected, he would send Eisenhower to Vietnam to examine the situation and report back to him. Goldwater insisted he discussed the Eisenhower mission with only two members of his personal staff, but the two reporters swear they heard about it at the Johnson White House.

Most disturbing of all was the FBI’s bugging of the Goldwater campaign plane where the senator and his inner circle often made their most confidential decisions. The bureau’s illegal surveillance was confirmed by Robert Mardian, when he was an assistant attorney general in Nixon’s first term.

During a two-hour conversation with J. Edgar Hoover in early 1971, Mardian asked about the procedures of electronic surveillance. To Mardian’s amazement, Hoover revealed that in 1964 the FBI, on orders from the Oval Office, had bugged the Goldwater plane. Asked to explain the blatantly illegal action, Hoover said, “You do what the president of the United States orders you to do.” William C. Sullivan, the bureau’s number two man, confirmed to Mardian the spying operation against the Goldwater campaign.

And Bill Moyers, with all his pious, smarmy, self-righteousness, and all his holier-than-thou condemnation of the Bush Administration’s “illegal” terrorist surveillance procedures, was right there in the damned middle of it all.

I’ll never agree with his politics, but it would at least be easier to stomach Moyers as a journalist if he had ever publicly owned up to all the unethical things the did while a member of the Johnson administration. He hasn’t, and he won’t. In fact, he still delights in partisan smears not only of the Bush Administration, but anyone he doesn’t like. A few years ago, Moyers was caught by Powerline Blog in an attempt to smear former Secretary of the Interior James Watt with a quote so ridiculously false that no respectable journalist should have printed it. After his lies were so clearly exposed, a cranky Moyers was forced to issue an awkward apology.

What does the future hold for Moyers? He is such a liberal icon it seems doubtful that even these new revelations that Moyers belongs to that most evil-of-evil fraternity — the gay “outers” — will have much of an impact on his career. But those of us who have known and understood the depth of Moyers’ jealously guarded hypocrisy and lust for McCarthyism now have even more proof that listening to Moyers every week is simply throwing away an hour of your time. 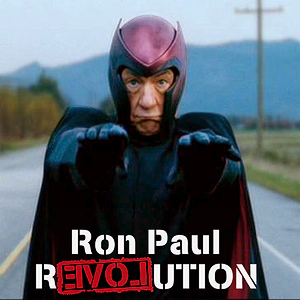