Home
Media
The devil made her do it

Long, long ago there was a television series, called “Kolchak: The Night Stalker,” about a newspaperman who spent most of his time tracking down demons of the underworld. Since his editor never believed his stories, Kolchak did not get in the paper much. Today, of course, he would be a blogger and have a wide international following although no real source of income.

There are many bloggers who make money blogging. I’ve made money.
Don’t gasp or laugh Wizbang readers. The total is in the low three digits however.

A blogger like Michelle Malkin with a big following, will make a good deal of money. How much, enough to do nothing but blog? I don’t know but the more successful or popular a blogger is, the more they can make from selling advertisements.

Other than that Collins column is lightly amusing.

But I digress. The point here is that in one memorable episode, Kolchak was confronted by a politician who sold his soul to the devil in order to win a seat in the State Senate.

When I first saw this particular program, coyly titled “The Devil’s Platform,” I was covering a real-life State Legislature in Connecticut. My first thought was that accepting eternal damnation in return for a career as a state senator was a little like swapping your house for a pair of socks. Anyone who can weave Carl Kolchak into a column about present day politics will make me check their work out again in the future.

Wizbang Weekend Caption Contest™
What is the Obama Administration Planning on Doing that It Wants to Interfere with Inspector General Investigations? 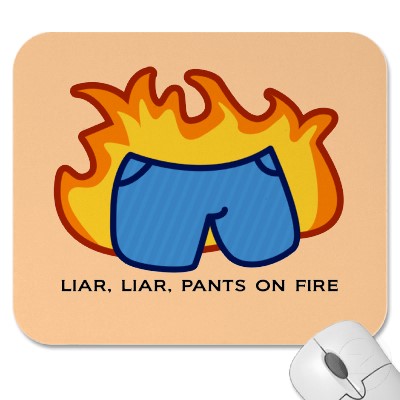