Home
2009 Spendulus Bill
Will Republicans Even Know What Is In The Bill Before They Vote?

Mark Binker, a political reporter and blogger in Greensboro, talks about his efforts to find out what is in the latest version of the “stimulus” bill:

A great many of us scruffy media types who work in the states have been looking for anything resembling meaningful information regarding the stimulus bill Congress is supposedly due to pass this week.

While some broad strokes are available, there’s nothing like the level of detail out there that would let us say with any precision or confidence how much money North Carolina might get for a particular program or to even begin thinking about translating that down to a county level…

…At this point, I have a great deal of sympathy for the point of view that any piece of legislation, much less one that spends $790 billion, which cannot stand up to public scrutiny before it is voted upon might not be worth the paper you haven’t printed it on yet. This hardly fits with promises of a more open and accountable government we’ve heard so much about.

There are a few people who are getting a good look at the latest version of the bill:

We’re receiving E-mails from Capitol Hill staffers expressing frustration that they can’t get a copy of the stimulus bill agreed to last night at a price of $789 billion. What’s more, staffers are complaining about who does have a copy: K Street lobbyists. E-mails one key Democratic staffer: “K Street has the bill, or chunks of it, already, and the congressional offices don’t. So, the Hill is getting calls from the press (because it’s leaking out) asking us to confirm or talk about what we know–but we can’t do that because we haven’t seen the bill. Anyway, peeps up here are sort of a combo of confused and like, ‘Is this really happening?'” Reporters pressing for details, meanwhile, are getting different numbers from different offices, especially when seeking the details of specific programs.

Worse, there seem to be several different versions of what was agreed upon, with some officials circulating older versions of the package that seems to still be developing. Leadership aides said that it will work out later today and promised that lawmakers will get time to review the bill before Friday’s vote.

The last version I saw posted was over 1400 pages long. Last time I checked, Friday is tomorrow. 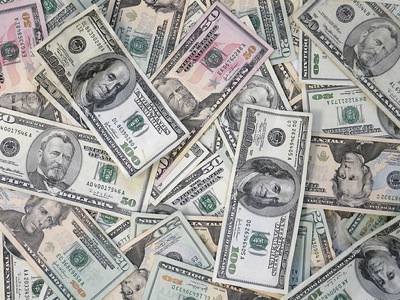