Treasury Secretary Geithner has released the much anticipated financial bail out plan (TARP 2.0) and my first impression is that it’s déjà vu all over again, much like the recent Pelosi/Reid/Obama spending bill that just yesterday was approved by the Senate.

While I supported the first version of TARP for reasons that had more to do with quelling a burgeoning market panic that was threatening to bring down our financial system, I’ve determined that $400 billion dollars was more than sufficient to help save this mind bending list of recipients. The financial markets have attained some level of stability; in fact, some of the nation’s largest financial institutions are making noises that they want to return the first round of TARP funding. (Who cares if their motives are driven by dreams of future bonuses?) Secretary Geithner is offering nothing new in his proposal other than the entirely predictable demand for more cash to fund yet another government program.

Here are some highlights of the Geithner Plan:

“We believe that access to public support is a privilege, not a right. When our government provides support to banks, it is not for the benefit of banks, it is for the businesses and families who depend on banks… and for the benefit of the country. Government support must come with strong conditions to protect the tax payer and with transparency that allows the American people to see the impact of those investments.”

Hmmm? Where was this reasoning yesterday during the porkulus debacle? And speaking of transparency, when is the Obama administration’s central bank going to show us what they accepted as collateral for all of those off balance sheet loans they made during the past several months?

“This new Financial Stability Plan will take a comprehensive approach. The Department of the Treasury, the Federal Reserve, the FDIC, and all the financial agencies in our country will bring the full force of the United States Government to bear to strengthen our financial system so that we get the economy back on track.”

Ignoring for a moment the Treasury’s abject failure on tax compliance, why should anyone believe that the same FDIC, Federal Reserve Bank and Office of Thrift Supervision can better regulate financial institutions today than they did months ago? Does anyone believe a promise of more transparency and a new website will do the trick?

“First, we’re going to require banking institutions to go through a carefully designed comprehensive stress test, to use the medical term. We want their balance sheets cleaner, and stronger. And we are going to help this process by providing a new program of capital support for those institutions which need it.”

This is laughable. The FDIC has bags full of stress tests available and a plethora of law at their disposal already to regulate banks. The problem isn’t a lack of resources or established law but rather a failure of will and lack of discipline, both characteristics that these regulators share with their Congressional overseers.

Those institutions that need additional capital will be able to access a new funding mechanism that uses funds from the Treasury as a bridge to private capital. The capital will come with conditions to help ensure that every dollar of assistance is used to generate a level of lending greater than what would have been possible in the absence of government support. And this assistance will come with terms that should encourage the institutions to replace public assistance with private capital as soon as that is possible.

The Treasury’s investments in these institutions will be placed in a new Financial Stability Trust.

Second, alongside this new Financial Stability Trust, together with the Fed, the FDIC, and the private sector, we will establish a Public-Private Investment Fund. This program will provide government capital and government financing to help leverage private capital to help get private markets working again. This fund will be targeted to the legacy loans and assets that are now burdening many financial institutions.

Pardon me, but that Financial Stability Trust sounds a lot like Al Gore’s Social Security lock box promise and the Public-Private Investment Fund reminds some of us of FNMA’s cousin. Hasn’t anyone learned the hard lessons that came from the unholy union of tax payer financing and private ownership?

“We are exploring a range of different structures for this program, and will seek input from market participants and the public as we design it. We believe this program should ultimately provide up to one trillion in financing capacity, but we plan to start it on a scale of $500 billion, and expand it based on what works.”

“Based on what works?” That phrase alone would get you banned from any serious private sector budget meeting and it is more than sufficient warning that President Obama and Treasury don’t have a plan. And if that’s not enough then consider this clincher:

We are consulting closely with Chairman Chris Dodd in the Senate, Chairman Barney Frank in the House, and their colleagues on both sides of the aisle on the broad outline of a comprehensive program of reforms. The President’s Working Group on Financial Markets is developing detailed recommendations.

We’re to take comfort in the fact that two of the principle architects of this financial collapse will be at the helm of the rescue effort? I’d rather be on the Titanic. 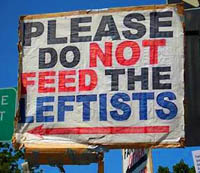