Tom Daschle knew the reason why Clinton failed with his socialized medicine is because he actually let the American people in on what he wanted to do. Daschle advised Obama to sneak it in, which is what he’s done. Nationalization – and rationing – of health care is in the stimulus bill! Betsy McCaughy of Bloomberg has the details.

Tragically, no one from either party is objecting to the health provisions slipped in without discussion. These provisions reflect the handiwork of Tom Daschle, until recently the nominee to head the Health and Human Services Department.

Senators should read these provisions and vote against them because they are dangerous to your health. (Page numbers refer to H.R. 1 EH, pdf version).

The bill’s health rules will affect “every individual in the United States” (445, 454, 479). Your medical treatments will be tracked electronically by a federal system. Having electronic medical records at your fingertips, easily transferred to a hospital, is beneficial. It will help avoid duplicate tests and errors.

But the bill goes further. One new bureaucracy, the National Coordinator of Health Information Technology, will monitor treatments to make sure your doctor is doing what the federal government deems appropriate and cost effective. The goal is to reduce costs and “guide” your doctor’s decisions (442, 446). These provisions in the stimulus bill are virtually identical to what Daschle prescribed in his 2008 book, “Critical: What We Can Do About the Health-Care Crisis.” According to Daschle, doctors have to give up autonomy and “learn to operate less like solo practitioners.”

Keeping doctors informed of the newest medical findings is important, but enforcing uniformity goes too far.

Read all of Betsy’s article and then pass it on to everyone you know. Rush has been all over this today to bring it to people’s attention. Call your senators and representatives. Currently, phone calls to Capitol Hill are 100 to 1 against the bill. We need to do more. This is why Barack Obama is going all over the country scaring the American people into believing that our economy could collapse if the bill isn’t passed. He wants this made into law before anyone knows that nationalized – and rationed – health care will be the result. If you have a loved one with a serious medical condition, this will be detrimental to his or her life.

As discussed by Rush and others, embedded in the “stimulus” bill is a creation of the “Federal Coordinating Council for Comparative Effectiveness Research” which would essentially be empowered to ration treatments based on factors such as life expectancy and cost effectiveness which would result in medical dollars for older patients being denied and transferred for the use of younger, “still productive” patients.

It would seem that an appropriate question would be whether Ted Kennedy’s incurable brain malady would have been determined “a waste of resources” and thus rationed/denied services?

Of course those of us who haven’t drunk the kool-aid know that answer to this. We all know that every day American suckers will be stuck with rationed care while those like Ted Kennedy, Nancy Pelosi, Harry Reid and the rest of the ruling class will exempt themselves.

2/10 10:50am EST Update: Just this morning I walked into our bedroom with the tv on just as Megyn Kelly was wrapping up her interview with Arlen Specter. She asked him about this health care provision that is in the bill he is voting for. Unsurprisingly, Specter had no idea about this massive intrusion into health care. He sputtered and stuttered and said it was a bad idea and would get corrected. My question is when? The senate votes on it today and once it goes to conference the Democrats hold all the cards. Michelle Malkin saw that Kelly asked John Tester about the provision a short time later, too. He stumbled and bumbled as well saying he didn’t know it was in the bill that “the language will be fixed if it’s in there.” Again, I ask, when?

Some Comments On TARP 2.0
From crisis to catastrophe, and (hopefully) back out again 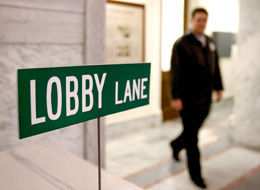