Buried in all the commotion over the Pelosi/Reid Spendulus bill was last week’s quiet passing of Millard Fuller, the activist and philanthropist who started Habitat for Humanity. He died Monday Feb. 2 at the age of 74.

The full New York Times obit is here; there is also a good profile of Fuller from Newsweek that is worth reading.

Fuller was a successful law student and entrepreneur who, along with his partner Morris Dees, managed to accumulate a million-dollar fortune by the time he was thirty years old. Yet even in the midst of such worldly success, something was wrong:

Mr. Fuller’s life changed completely after his wife, the former Linda Caldwell, whom he had married in 1959, threatened to leave him. She was frustrated that her busy husband was almost never around, and she had had an affair, their friend Bettie B. Youngs wrote in “The House That Love Built” (2007), a joint biography. For the rest of his career, he talked openly about repairing the marriage.

There was much soul-searching. Finally, the two agreed to start their life anew on Christian principles. Eschewing material things was the first step. Gone were the speedboat, the lakeside cabin, the fancy cars.

The Fullers went to Koinonia Farm, a Christian community in Georgia, where they planned their future with Clarence Jordan, a Bible scholar and leader there. In 1968, they began building houses for poor people nearby, then went to Zaire in 1973 to start a project that ultimately built 114 houses.

In 1976, a group met in a converted chicken barn at Koinonia Farm and started Habitat for Humanity International. Participants agreed the organization would work through local chapters. They decided to accept government money only for infrastructure improvements like streets and sidewalks.

Handwritten notes from the meeting stated the group’s grand ambition: to build housing for a million low-income people. That goal was reached in August 2005, when home number 200,000 was built. Each home houses an average of five people.

Eventually Fuller had a falling-out with the executive board of Habitat for Humanity, and he resigned. He was also accused of physically and verbally harassing a female Habitat employee. Even though a subsequent investigation cleared him, he was through as the leader of the organization that he founded. Immediately after leaving Habitat, Fuller began another non-profit, the Fuller Center for Housing.

Over the years, many people (including yours truly) have leveled numerous criticisms at Millard Fuller and Habitat for Humanity — he’s just another do-gooder who’s not really solving the problem – homes are sold to people who aren’t capable of taking care of them – the quality of Habitat home construction is suspect – he’s friends with Jimmy Carter, etc.

But I wonder, how many of us have enough peace of mind and spiritual security to walk away from a million-dollar lifestyle and devote the rest of our lives in service of the poor and needy around the world? Even with his faults and shortcomings Millard Fuller was an extraordinary individual, and his passion and leadership will be greatly missed. 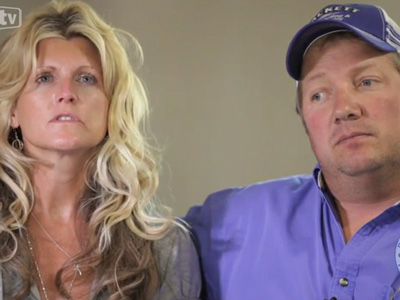