The headline from BBC News reports US seeks to rework foreign ties in a story on Joe Biden’s remarks at the Munich Conference on Security Policy. Continuing a theme Democrats have been pushing since John Kerry’s presidential election campaign in 2004, Biden proclaimed the new administration’s eagerness to buy the world a Coke and keep it company. This policy will be a stark contrast to the Bush policy of going it alone like he did…well, I can’t think of a single example of foreign policy where Bush tried to quell trouble spots like Afganistan or Iraq or DPRK or Iran without substantial engagement through the UN and the governments of our allies.

Regardless, things are going to be different because there’s a new sensitivity in Washington:

“I come to Europe on behalf of a new administration determined to set a new tone in Washington, and in America’s relations around the world,” Mr Biden said.

“We will engage. We will listen. We will consult. America needs the world, just as I believe the world needs America,” [Biden] said.Group hug time! Doggonnit, we’re going to consult. We’re going to listen. Thank you Vice President Master of the Obvious. Does he not realize the campaign is over or does the new administration actually believe Bush was totally disengaged from the rest of the world? So far as I know Condoleezza Rice didn’t spend the last four years hanging around Washington DC area Starbucks.

“Our administration has set ambitious goals… to advance democracy not through its imposition by force from the outside, but by working with moderates in government and civil society to build the institutions that will protect freedom.”

I’m sure the moderates still alive in refugee camps across Darfur are delighted to know some sort of nebulous civil society will be constructing institutions to protect their lives freedom now that Obama is in the Oval Office. Lord knows the United Nations and African Union have failed miserably. Even after Bush did what Clinton refused to do regarding Rwanda – called a genocide a genocide. Is this what passes as foreign policy realism?

You want foreign policy realism? Out of 6+ billion people in the world it seems that only about 160 million – American conservatives – want anything from America but our money and our leaders on their knees begging for either permission or forgiveness. If you believe a single country in the world has leaders who are concerned with what’s best for America you are a retard of biblical proportions.

On Russia, Mr Biden said: “It’s time, to paraphrase President Obama, to press the reset button and to revisit the many areas where we can and should work together.”

It would not be possible for the US and Russia to agree on everything “but the United States and Russia can disagree and still work together where our interests coincide and they coincide in many places.”
…
Analysts have portrayed Kyrgyzstan’s decision this week to close the last remaining US air base in Central Asia – vital for operations in Afghanistan – as being the work of the Kremlin.I don’t know which of Putin’s orifices Obama will look into and what he will see, but to suggest the Bush administration has been anything other than accommodating of Russia is preposterous. Is the closing of our last airbase in Central Asia the foreign “challenge” Biden anticipated in the first six months of an Obama administration? It most certainly presents a logistical challenge to our military efforts in Afghanistan. What happens if it was indeed the Kremlin’s doings and they refuse to acquiesce?

Promising to consult with nations on a range of other issues, Mr Biden also said that the US would “ask for more from our partners”, for example in taking former inmates from Guantanamo Bay when the US military prison is closed in a year.

Again, that’s great if they agree. But what if they decline? Should they be refused repatriation to another country, then where?

Continuing the farcical insistence that it was us against the world for the past eight years isn’t going to solve a single problem around the globe. We should absolutely continue our engagements with foreign leaders. But to suggest a “new tone in Washington” will convince others to suddenly embrace US foreign policy goals is the farthest thing from realist. I hope when the time comes Obama has the will and temperament to eschew the international malaise toward hard actions in the face of imminent threats.

Playing the role of global policeman is not an enviable position for the US to occupy. Our current administration must shake off its lingering vestiges of Bush Derangement Syndrome and accept we are the only country with the moral authority and force projection capability to ensure freedom. Lacking the will and binding ourselves to foreign opinion will lead to a dramatic decrease in freedom around the world.

Fetch me the world's smallest violin
"He is a frat boy, a big party guy, and you could imagine him doing this." 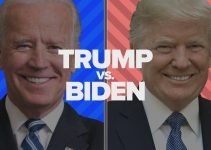