Yahoo Financial News has a break-down (a somewhat vague one) of the $825 billion Obama Stimulus Package, outlining some more of its substantial parts:

-What exactly does education, health care, and renewable energy have to do with “Infrastructure”. Each one of these items has their own place in categories listed below. Transparency was one of Obama’s mantras regarding this stimulus plan, but what the hell do these three items have to do with infrastructure?

Construction Projects: $90 billion. Consists of rebuilding “crumbling roads and bridges” (which are just collapsing before our eyes at a daily rate), clean water systems, etc. What we really need is systematic enlargement of existing outdated highway and roadway plans to help alleviate traffic in areas where the population has outgrown its traffic system. This entire plan is nothing more than creating a new democratic voting bloc of government workers.

Education: Listed in the Infrastructure part as well. Why? More pork-pay-off for the likes of Ted Kennedy. The plan would increase funding for Pell Grants. How exactly is that going to stimulate the economy out of it’s recession? This belongs in the annual Education budget, not in an emergency stimulus plan.

Renewable energy: $54 billion. “Modernize 75% of federal buildings. Huh? Explanations for the American people are needed for these vague notions, not just for members of congress who Obama is trying to coax a vote.

Health Care Records: $20 billion: Computerize the nation’s medical records. This is a waste. When I see my doctor, I like having a folder and chart with my info, organized in a way in which he knowns best. I also don’t want anyone with a computer and proper access to be able to call up my personal medical information with a click of a mouse.

Tax cuts for lower and middle class families: While I have no problem with the government allowing me to keep more of my money, Corporate taxes need to be slashed across the board, as well, so we can remain competitive with the rest of the world. Corporations need to be able to re-invest, maintain job stability, and hire more people. It works, every time.

Low-Income tax credit: $5 billion. A refundable credit for low income workers. Also included are tax filers without tax liability. That means, they pay no taxes, but they will get a check.

The Plan also calls for “State Relief”- a bailout for states which have mismanaged their own financial situations. $16 billion alone in California. This will be a disaster. Every state will be lining up, hat in hand, just like the banking system.

Others include $87 billion for Medicaid, $20 billion more for welfare.

People used to complain about the deficit being $460 billion. With this past fall’s TARP bill and Obama’s stimulus plan, it will now blow up to just under $2 TRILLION dollars.

This is nothing more than an excuse to ram a leftist agenda down our throats at a time in which Americans feel most vulnerable.

And there ain’t “thing one” we can do about it.

Barack Obama: Me Muslim Friend!
On War Against Terrorists, Part 3 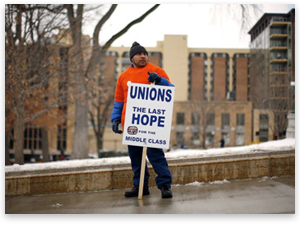