One of the leading intellectual lights of the Religious Right, Fr. Richard John Neuhaus, died this week at the age of 72. Neuhaus was instrumental in creating and nurturing perhaps the two most powerful American cultural partnerships of the past thirty years: uniting Protestant evangelicals and Catholics in the pursuit of common moral interests, and allying social conservatives with traditional free market fiscal conservatives.

Neuhaus’ greatest body of writing stemmed from his position as editor-in-chief of the journal First Things. His monthly editorial column, “The Public Square,” was one of the most influential soapboxes for religious conservatism, and his brilliant command of language, combined with his astute observations and marvelous intellect, made his work appealing to both the political Left and Right.

WizBang owes much of its notoriety to the events surrounding Hurricane Katrina, so I have chosen to excerpt Fr. Neuhaus’ excellent piece on post-Katrina New Orleans entitled “The New Orleans That Was“:

There remains the question of rebuilding New Orleans. I have friends whose families go back generations there, and they are deeply divided. Some are in profound mourning for its death, and others defiantly declare that a little hurricane, or even a very big hurricane, cannot kill what New Orleans was and will be again. All agree that New Orleans was different from any other American city. Joel Lockhart Dyer once wrote, “New Orleans is North America’s Venice; both cities are living on borrowed time.” Michael Ledeen thinks Naples the more apt comparison: “Naples also faces destruction–volcanic destruction from ‘Vesuvius the Exterminator,’ as the poet Verga once wrote–and Naples, too, is noted for a lively, and often lawless style of life, along with great literature, art, cuisine, and music. . . . The European stereotype of the Neapolitan is very much like the American image of New Orleanians: lazy, happy, spontaneous, and unrepressed, slow-moving but quick-witted, and very happy with the food.”

New Orleans is a streetcar named Desire that has made its final run. The French Quarter, built on the city’s original and higher ground, was not so badly damaged. I suppose it could be revived as a clean, well-lighted place, but that would not be New Orleans. The play city of New Orleans was also situated in a swamp of poverty, corruption, and decadence. Swamp and city were inextricably joined, and the hundreds of thousands who have relocated may not want to return to the swamp. Halliburton and Disney may spruce up the tourist attractions, and it may be a great success, as the cleaning up of Times Square has proved. But it will not be New Orleans. Times Square is not New York; there are many other places to go and things to do. In New Orleans, the central attraction was the French Quarter–and it cannot be the French Quarter without the surrounding decadence, Dixieland, and broken dreams.

In the chaos of Katrina, it was repeatedly said that this is the kind of thing that happens in the third world, not in America. There had always been something of the third world about New Orleans. It was an American anomaly. In addition to Naples, there was also the feel of what one finds in Buenos Aires or Rio de Janeiro, or even of Dakar in Senegal in the last days of colonial control. Throw in the antebellum South. In New Orleans, one often came across historical oddments, such as the crown of thorns that Pope Pius IX plaited for the imprisoned Jefferson Davis, in the tattered Museum of the Confederacy. New Orleans was a pervasively Catholic city that knew all about “inculturation” long before the Second Vatican Council. There was voodoo, pentecostal enthusiasm, and superstition galore, and it was far from clear what had inculturated what. Between the evil eye and sacramental grace there was an unspoken pact, and for everything, if you didn’t get yourself killed, there was absolution. New Orleans lived off absolution. Theologians may call it cheap grace, but it was grace enough to keep the sinners going from day to day.

I spoke there from time to time at the universities, Loyola and Tulane, and once to a group of business leaders. These are the white and wealthy patrons who pretended to let the black folk rule by choosing the politicians for whom they could vote. New Orleans was an unabashedly traditional and hierarchical city that managed to accommodate the civil rights movement with relatively slight inconvenience. Welfare and circuses did not make for prosperity, but it pacified the restless. The “krewes” were the elite clubs in charge of the lavish Mardi Gras floats, and nobody seriously challenged their authoritative delineation of who was who in the social order of New Orleans. I was musing with the business leaders about the strangeness of it all and wondering how it came to be, when a gentleman who was “in real estate” (and was said to own a third of the city) politely interrupted and said, “Well, you have to understand, Father, that New Orleans just kinda happened.”

I expect that’s right, and no amount of local pride, entrepreneurial capitalism, or massive government aid will make it happen again. There will be a New Orleans again. The port and refineries will get back on their feet and the tourists will flock to the “revived” French Quarter. But it will not be New Orleans. It will work hard at being New Orleans, but precisely to the degree that it works hard at being New Orleans, or works hard at anything for that matter, it is not New Orleans. The tourists will tell themselves they have been to New Orleans, and those who remember will kindly decline to disabuse them.

With the ever-increasing presence of the Religious Left in our national ethics, and the strong alliance between the Obama Administration and liberal Christianity, Fr. Neuhaus’ strong conservative voice will be sorely missed.

The Anchoress also has a good Neuhaus link roundup.

The Fear of the Unknown
The Knucklehead of the Day award
Tags:First Things, Richard John Neuhaus, The Public Square 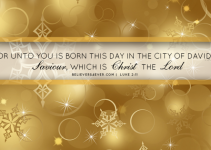