Yes we cannabis? There’s a buzz that President Obama may move to decriminalize marijuana. As a generally libertarian sort, I think our continuing War on (People Who Use) Drugs is an abomination. As a conservative, it has been a colossal and expensive failure – to the tune of $50 billion annually. Legalization or decriminalization won’t affect me personally, beyond the money saved enforcing drug prohibition, but is something I would definitely like to see pursued.

Of course, it won’t be long before the “Won’t somebody please think of the children!?!” crowd decries any decriminalization efforts. But considering it’s more difficult for teens to obtain alcohol than reefer – drug dealers don’t have to worry about checking ID’s lest they lose their state-given license to peddle their wares – regulating, taxing, and controlling marijuana sales makes sense.

In July, Obama told Rolling Stone that he believed in “shifting the paradigm” to a public-health approach: “I would start with nonviolent, first-time drug offenders. The notion that we are imposing felonies on them or sending them to prison, where they are getting advanced degrees in criminality, instead of thinking about ways like drug courts that can get them back on track in their lives — it’s expensive, it’s counterproductive, and it doesn’t make sense.”

I would go even further to say that drug courts and forced drug rehab are a folly as well. Marijuana has a far less detrimental impact on society than alcohol. We no longer force people to alter their lifestyle because they’ve been apprehended in possession of booze. It’s none of the government’s business how Americans choose to alter their consciousness as long as they’re not endangering others.

Meanwhile, in 2007, the last year for which statistics are available, 782,000 Americans were arrested for marijuana-related crimes (90 percent of them for possession), with approximately 60,000 to 85,000 of them serving sentences in jail or prison. It’s the continuation of an unnecessary stream of suffering that now has taught generations of Americans just how capricious their government can be. The irony is that the preference for “decriminalization” over legalization actually supports the continued existence of criminal drug mafias.

That’s equivalent to the entire population of Indianapolis, IN arrested each year for marijuana. Considering the number of violent and property crimes committed each year that seems like a pointless diversion of law enforcement resources. Putting more cops on the beat serves the citizens better than devoting time, effort, and training towards enforcing prohibition.

That fact should be self-evident based on the experience of alcohol prohibition. The very same issues that arose then – violent criminal activity, police corruption, illness and death from impure substances obtained on the black market, and turning otherwise innocent users into criminals – are endemic to drug prohibition today.

Of course, decriminalization at the federal level would leave laws against marijuana possession intact at the state level. States that have passed referendums on decriminalization and medical use would see an end to federal intrusions upon the will of the voters; states that still have marijuana laws on the books would continue with business as usual. Hopefully without the enormous federal grants, though.

The article stresses that any change would like come in a second Obama term. He’s not going to spend political capital on a hot button issue like marijuana anytime soon. That’s a shame, although not surprising. There will be howls from the Helen Lovejoys of the world, the law enforcement community (they would lose a lot of their cool toys and exciting undercover gigs), and those who don’t want Americans to self-medicate like the AMA and pharma industry.

In short, no one with a stake in the $50 billion-a-year drug war pie is going to see that trough dry up without a whole lot of squealing.

I doubt libertarian leaning folks will find a lot to get excited about from an Obama administration, but restoring some sanity to the drug war debate would be a start. 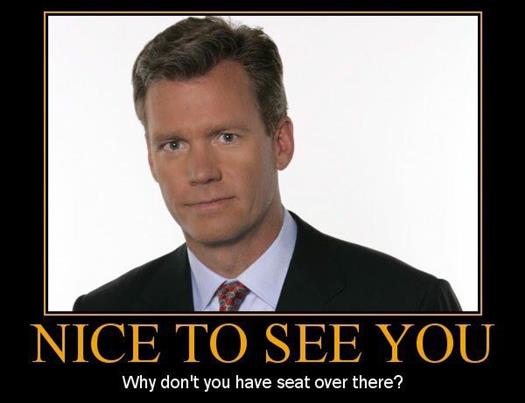