It seems that every day another name is leaked about possible Cabinet positions in the Obama administration. And it seems that every one has some serious baggage. John Kerry. Hillary Clinton. Jamie Gorelick. Eric Holder. And so on.

This has quite a few people troubled, but I’ve found a good way to look at it.

As such, presidents have been traditionally given a lot of leeway about who they want to hold those offices. They do require approval by the Senate, but the main questions are usually “are they qualified?” and “do they have some legal or ethical or moral issues that would interfere with the duties of the office?”

In that sense, Obama should be given a great deal of latitude in choosing his cabinet. And if he chooses to surround himself with people like those listed above, so be it — he will be judged on their performance, after all.

But that doesn’t mean we can’t have a little fun.

Let’s suppose that Obama does nominate Eric Holder for Attorney General. Imagine the hearings, should Senate Republicans choose do demonstrate some testicular fortitude. Holder was a key player in the Clinton administration justice department, and was instrumental in the slew of last-minute rush of pardons Clinton issued in his waning days — most often to people who had made substantial financial donations to the Clintons and their family, to Democrats in general, or were in a position to help Hillary Clinton win her Senate seat.

Gee, wouldn’t that be a grand time to ask Holder about his actions when he was leaving office? We could re-hash the whole Clinton pardon scandal all over again, with one of the key figures right there under oath.

Gorelick would be an even bigger circus. The woman has been a “Typhoid Mary” of politics, going from one disastrous policy and institution to another. She was in the Justice Department when she helped craft the horrific “wall of separation” between law enforcement and intelligence agencies. She left that to go to work for Fannie Mae just as it began its accounting fraud. She bailed on them to go serve on the 9/11 Commission (astonishingly, not as a witness, but a Democratically-appointed commissioner), then went on to defend Duke University while it persecuted its lacrosse team for a rape that never happened. I could spend weeks watching her discuss all that and never get bored.

But that’s sheerest fantasy. In fact, I wonder if she was brought up only to make whoever else Obama might nominate look good by comparison.

In the end, the Republicans would probably have to allow someone like Holder to take office. But there’s no rule that says they can’t make him sweat for it. 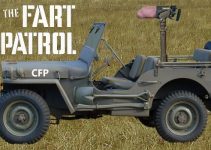