I do not ordinarily ponder the fates of major democratic party figureheads, but the saga of Hillary “The Great Khan” Clinton is riveting. Not too many people now seem to recognize just how big an upset it was, when Barack Obama’s machine beat the Clinton machine. And from that upset, what can we expect now from arguably the most powerful politician on the planet without a base of operation?

Hillary Rodham first made significant news when she delivered the first commencement address to Wellesley College ever made by a student (1969). That was no accident; Rodham had accomplished many successes as a student, including organizing a two-day strike by black students after the assassination of the Reverend Martin Luther King, Jr. Rodham was featured in Life magazine that same year, in part due to criticism in her speech of Senator Edward Brooke, who had addressed the students and faculty at Wellesley immediately before Rodham. After Wellesley, Rodham went to the Yale Law School, where she was active in research, free legal service for the poor, the Yale Review of Law and Social Action, and dating a fellow student, William Jefferson Clinton. The couple became increasingly active in politics, and worked hard for the McGovern campaign in 1972. Rodham graduated from Yale with her Juris Doctor in 1973, and a year later was an advisor to the House Judiciary Committee addressing the Watergate scandal – Ms. Rodham was noted for arguing that in the event of impeachment, President Nixon should not be allowed legal counsel.

Hillary Rodham and William Clinton were married in 1975, and a year later Bill Clinton was elected Attorney General for the state of Arkansas. In 1977 Hillary Rodham Clinton joined the Rose Law Firm, specializing in patent infringement and intellectual property law. Also in 1977, President Carter appointed Hillary Clinton to the board of directors for the Legal Services Corporation (created under Nixon to provide free services to those who could not privately afford it). In 1978 Hillary Clinton became the LSC’s first female Chairperson, the same year her husband won election as Governor of Arkansas. In 1979 Clinton became a full partner at the Rose Law Firm.

During the Reagan years Hillary and Bill Clinton continued to gain influence and power. In Hillary’s case, those years spent promoting her firm and favored organizations to which Hillary belonged, such as the New World Foundation. Hillary Clinton was named to the board of directors for TCBY, Wal-Mart, and Lafarge (Clinton was the first female board member at Wal-Mart).

Following her husband’s eight years as President of the United States, Hillary Rodham Clinton was elected as a United States Senator for the state of New York. Despite statements that she was not running for President in 2004, Clinton was widely viewed as a kingmaker, and a key factor not only in John Kerry’s nomination as the Democratic Party’s candidate, but also in Al Gore’s decision not to try for the nomination himself. In January of 2007, Hillary Clinton made clear her intention to win the White House, and as late as October of 2007, Hillary Clinton was well ahead of all her rivals in the Democrats’ chase. But somehow the prize eluded her, as first Iowa then South Carolina demonstrated surprising (at the time) strength by the Obama campaign. The race became a two-person contest, then one led by Obama, then a clear victory for the no-experience orator from Illinois. Senator Obama made noises to placate Clinton’s millions of supporters, but she faded in the public attention almost to obscurity. There was talk of a subversive movement to throw the election to McCain (on the theory that Clinton would have an open field in 2012 if Obama lost in 2008), but the PUMAs turned out not to be a significant factor in the election.

With the election over and the Administration of Barack Obama about to begin, it remains to be see how Hillary Rodham Clinton will direct her considerable ability and influence. There had been some considered discussion that Clinton would make a good Vice-President for Obama, but bad blood between the two camps made this suggestion impracticable from the start. Other strategists thought Clinton could ask for the post of Senate Majority Leader, but this would allow Clinton an effective veto of her own against Obama’s policies, and so this too failed to go beyond early discussions. There is talk now about Obama making Clinton his Secretary of State, a prestigious and powerful position, but not one which any would-be executive covets. It is difficult to imagine Senator Clinton accepting a position where she takes orders from a political rival and who would have the power to fire her any time he chose. But it also raises great speculation, to consider her other options and from them deduce the path where her most likely return to glory and power would wait.

Media Bias and an Uninformed Electorate: How Obama Got Elected
Call It "The Audacity of Victory" 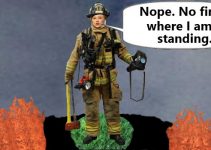