This week’s Weekend Caption Contest™ was another monster hit. Yes we did have one commenter who was convinced this picture was a Photoshop creation, but it was really out their on the photo wires Thursday night, and eventually we were tipped to the original story. The assignment this weekend was to caption the following picture: The Readers Choice Award this week went to Harmon’s third place entry. In its place I offer another highly rated caption not previous honored:

(fustian) – “I would like to point out to our black friends that the white dude just behind Obama was a Republican.

Those guys in the sheets were democrats.” 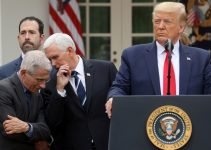