Taken with a grain of salt, as must all anonymously submitted tidbits, RedState has posted an anonymous submission that purports to be one of the few HillTeam staffers picked up by Camp Obama, and she lays out the ‘weaknesses’ of Obama. Disaffected and unhappy, the “female grad student in my 20’s, and a registered Democrat” apparently offers up some information that McCain-Palin supporters should consider as the relentless assault on their enthusiasm continues: What you were never intended to know in this election.

4 – The Bradley Effect. Don’t believe these polls for a second. I just went over our numbers and found that we have next to no chance in the following states: Missouri, Indiana, North Carolina, Florida, New Hampshire and Nevada. Ohio leans heavily to McCain, but is too close to call it for him. Virginia, Pennsylvania, Colorado, New Mexico and Iowa are the true “toss up states”. The only two of these the campaign feels “confident” in are Iowa and New Mexico. The reason for such polling discrepancy is the Bradley Effect, and this is a subject of much discussion in the campaign. In general, we tend to take a -10 point percentage in allowing for this, and are not comfortable until the polls give us a spread well over this mark. This is why we are still campaigning in Virginia and Pennsylvania! This is why Ohio is such a desperate hope for us! What truly bothers this campaign is the fact that some pollsters get up to an 80% “refuse to respond” result. You can’t possibly include these into the polls. The truth is, people are afraid to let people know who they are voting for. The vast majority of these respondents are McCain supporters. Obama is the “hip” choice, and we all know it.

With such things as the Missouri Truth Squad comprised of sitting prosecutors, warnings of riots if Obama loses, and a candidate who has ugred his followers to “get in their faces” and confront McCain supporters, why ever would people be afraid to respond to a call?

Perhaps stories like the woman in Texas who had the Secret Service thrown at her after an Obama campaign worker lied and said she threatened to kill Barack Obama. Or the attempted public destruction of Joe “The Plumber” Wurzelbacher, driven by Ohio state employees digging in official records for dirt fed to the media.

There is no argument that Obama supporters are forthright and not hesitant. But McCain supporters? The concept as presented has merit, whether the anonymous submission comes from who it claims to come from or not.

Was he an Obama or McCain supporter?
The Knuckleheads of the Day award 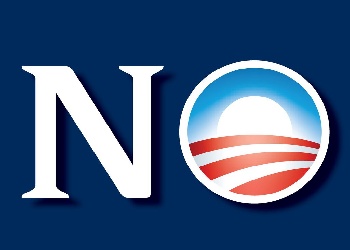