Home
Politics
Days Of Future Past, Part I

As we approach the first anniversary of the election of Barack Obama as president of the United States, I find myself looking back at the last ten months. It’s been a historic time, as we are reminded on an almost daily basis — and, occasionally, as historically good as the media and the Democrats tell us.

Yes, I know it would be more fair and traditional to wait until the end of the year, or the anniversary of President Obama’s inauguration, to sum things up, but I want to get a jump on things. And by things, I mean “all the other pundits.”

On domestic matters, it should have come as no great surprise that President Obama would largely cede control of the agenda to Congress. His entire career up to the presidency was based on the “go along to get along” principle with his party leadership; at no point did he ever challenge the powers that be in the Illinois legislature or in the Senate. If he couldn’t find it in himself to back them, he arranged to vote “present” or miss the vote entirely. Majority Leader Reid and Speaker Pelosi, secure in their electoral gains, made it abundantly clear after the election that they would be pushing their own plans forward at the earliest opportunity — and President Obama, apparently not wanting to start a fight within his own party so soon after his victory, didn’t contradict them.

And it’s not been pretty.

The “Guaranteed Safe Retirement Act” was pushed through with lightning speed, and the expansion of Social Security at the expense of the 401(K) tax benefit was quite popular at first. With last year’s financial meltdown still fresh in people’s minds, they were willing to buy into the idea that a small but guaranteed return through Social Security was better than the risks of the private fund managers. Yes, there was some grumbling at first, especially among younger workers who suddenly found themselves paying for their retirement earlier — and in larger donations — than they intended, but for the most part it was accepted.

The sudden loss of that capital in the stock market, though — that was painful. The “readjustment” of the stock markets to all that retirement funding suddenly vanishing from the marketplace and disappearing into government coffers dried up a lot of the liquidity, and left a lot of businesses scrambling for fresh sources of investments. And a lot didn’t find it in time. The government-sponsored job retraining programs for those driven out of the shrinking financial markets helped a bit, but it was still painful to watch — even by me. I had a bit of a vicious thrill at the thought of the people who’d been running my 401(K) ending up jobless, but somehow I got past that eventually.

And I hardly think I’m alone in being worried about what will happen to Social Security in the future. Yes, it’s getting a healthy cash infusion now, but most of that money’s going right back out again, replaced with more and more government IOU notes to cover the hefty increases in government spending. That, coupled with the tax “restructuring” that has been going on (it’s amazing how many people discovered that they were rich — at least, rich enough to either pay more taxes or not get a tax break — when Congress started rewriting the tax code, has a lot of deficit hawks worried. It was bad enough with the spend-happy Republicans were running things; it’s almost like the Democrats are out to show them what amateurs they were.

The cuts in the Defense budget also troubled a lot of people. I can kind of understand the ending of a lot of future weapons systems like the Navy’s next generation of warships and the Air Force’s replacement bombers and fighters — as the world’s only true hyperpower, we’re still vastly more powerful than any other nation on earth — but I still worry about the future. Once before the United States military had to worry about “block obsolescence” — a time when all of a sudden a large part of our arsenal has reached its expiration date — and the recovery was very expensive and a risky time. Should some of our rivals choose to challenge us militarily any time soon, it could get very unpleasant.

I am also concerned by the moves on the gay marriage front. I tend to agree with the repeal of the Defense of Marriage Act — it struck me as an unnecessary bit of legislation at the time, and an unmerited federal intervention into a matter best left to the states — but the folllowing announcement that the Obama Justice Department would consider gay marriages performed in one state as legal in all states under the “Full Faith And Credit” clause of the Constitution and would assist any couples wishing to have their union sanctioned in another state besides where it was performed bothers me. As I said, I think this is a matter best left to the states — and I dislike the federal government backing it as much as I disliked it banning it.

On the other hand, maybe it will keep the Justice Department busy from continuing the endless investigations into the former Bush administration. I stopped counting the number of indictments of various and sundry officials that were tossed out of court at two dozen, but that was a long time ago.

I did find myself chuckling, though, at what happened when President Obama — in an attempt to “let the healing begin” — offered pardons to former President Bush and Vice-President Cheney. Bush’s lawyers have been fighting for months to reject the pardon, while Cheney took his and used it as a cudgel. With Obama’s blanket pardon (patterned after Ford’s pardon of Nixon) in his pocket, Cheney has personally scuttled a dozen indictments of former administration officials by blandly announcing that he had ordered them to do what they were accused of doing — and with his pardon, he couldn’t be prosecuted anyway. It’s nice to see Cheney enjoying his retirement — after all, there are only so many lawyers he can shoot.

About the only real bright point has been the treatment of Vice President Biden by the late night comics and whatnot. Maybe it’s just me, but it seems Joey Plugs, The Stuffed Shirt, Joe BS, the Gaffemeister, is getting even rougher treatment than Dan Quayle ever did — and I didn’t think that possible. He’s been an unending source of inintended mirth ever since he took office. The high point, though, would have to have been his presence at the funeral of Baroness Thatcher — I found myself both laughing hysterically and utterly horrified at what he had to say then. And I can’t seem to escape it — the video is aired at the drop of a hat, it seems.

Wow. I didn’t intend this to be a two-parter, but I’ve only covered domestic issues and I’m already well past 1,000 words. Check in later, and I’ll have my critique of the Obama administration’s foreign policy — hits and misses. 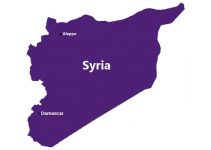