And it’s about time, too. I said before that the only person McCain could lose this race to was himself. And by sitting there all passive-aggressive letting Obama lay the blame for the economic crisis on Republicans — and on McCain himself — he was letting Obama win the race. If McCain truly wants to win the White House, he needs to come out swinging like this EVERY. SINGLE. DAY.

I seriously wanted to cheer when I saw this on RedState:

Senator Obama has accused me of opposing regulation to avert this crisis. I guess he believes if a lie is big enough and repeated often enough it will be believed. But the truth is I was the one who called at the time for tighter restrictions on Fannie Mae and Freddie Mac that could have helped prevent this crisis from happening in the first place.

Senator Obama was silent on the regulation of Fannie Mae and Freddie Mac, and his Democratic allies in Congress opposed every effort to rein them in. As recently as September of last year he said that subprime loans had been, quote, “a good idea.” Well, Senator Obama, that “good idea” has now plunged this country into the worst financial crisis since the Great Depression.

To hear him talk now, you’d think he’d always opposed the dangerous practices at these institutions. But there is absolutely nothing in his record to suggest he did. He was surely familiar with the people who were creating this problem. The executives of Fannie Mae and Freddie Mac have advised him, and he has taken their money for his campaign. He has received more money from Fannie Mae and Freddie Mac than any other senator in history, with the exception of the chairman of the committee overseeing them. Did he ever talk to the executives at Fannie and Freddie about these reckless loans? Did he ever discuss with them the stronger oversight I proposed? If Senator Obama is such a champion of financial regulation, why didn’t he support these regulations that could have prevented this crisis in the first place? He won’t tell you, but you deserve an answer.
It’s about time, Senator McCain. It’s about time. Attack and keep attacking.

Allah has some video of McCain blasting Obama at Hot Air:

This is what John McCain is going to have to do if he wants to win. Yes, Sarah Palin is a pitbull who has zero qualms about taking the gloves off. But McCain’s gotta be willing to do it too. It’s not enough for Palin to do it. So it’s great to see McCain finally saying what needs to be said and doing what needs to be done. Let’s just hope this isn’t a one time deal.

Of course, it’s only a matter of time before the squeals of RAAAACIIIIST!!!!!!!!! start coming… because, you know, to question Obama in any fashion is racism. Just ignore it and keep on going, Senator McCain. Questioning someone’s background and policies is not racism, and just because the liberal media has christened him the next Savior doesn’t mean the American people don’t get to vet him, even if the media themselves won’t.

Just sacrilege I say
Another Associate Obama Might Want to Disown 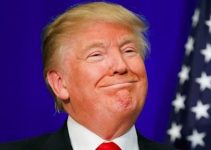