Amid all the hyperventilating about the massive cost to the American taxpayers in the Bailout Bill coming down the short pipe, those tasked with crafting it have learned nothing and show no apparent personal restraint in the conduct of government. From the Associated Press, a report that the Senate has sent an even bigger spending bill to President Bush for signature.

Automakers gained $25 billion in taxpayer-subsidized loans and oil companies won elimination of a long-standing ban on drilling off the Atlantic and Pacific coasts as the Senate passed a sprawling spending bill Saturday.

The 78-12 vote sent the $634 billion measure to President Bush, who was expected to sign it even though it spends more money and contains more pet projects than he would have liked.

The measure is needed to keep the government operating beyond the current budget year, which ends Tuesday. As a result, the legislation is one of the few bills this election year that simply must pass. Bush’s signature would mean Congress could avoid a lame-duck session after the Nov. 4 election.

No one appears to have demonstrated the courage or character to remove their earmarks and ‘pet projects’ even though they are working on a bill that will spend more than that by billions on top of it all.

We sacrifice every day, every week and every month in order to maintain our mortgage commitments in good faith. Fewer dinners out, wearing shoes a bit longer, driving less, vacations trimmed or eliminated.

Yet Congressional leaders give every appearance of the government sacrificing nothing.

The November 4 elections should contain many surprises for comfortable long-time incumbents. But that is sadly unlikely.

The Knucklehead of the Day award
A Debatable Review 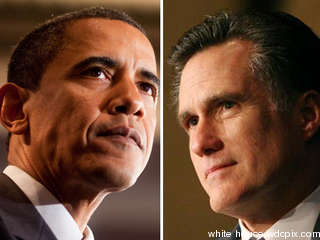