Last week’s Weekend Caption Contest™ was a gigantic hit. Unfortunately your humble judge was not able to select winners in a timely maner. All that is now in the past as I offer up this excellent slate of worthy caption winners. The assignment last week was to caption the following picture: 2) (DJ Drummond) – “I am walking on water, you’re just not watching it correctly.“

3) (rodney dill) – “Underneath the waves Obama is supported by his two pet dolphins — Flipper and Flopper.“

5) (Tom Blogical) – “That’s odd…where the hell is that creepy music coming from?“

The Readers Choice Award last week went to fustian’s winning entry. In its place I honor this best use of a Fast Times At Ridgemont High reference:

“Those guys are fags!”

With that out of the way this weeks winners will appear shortly. 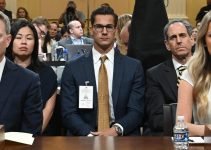 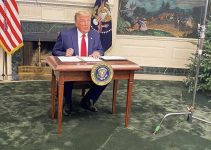