Home
Economics
How Much Is Enough?

I caught a little bit of a discussion about Barack Obama’s tax proposal recently. One element is raising the tax rate on the top bracket of income taxes from 35% to 39.6%.

So, let’s presume that you just make enough to qualify for that tax rate. You pull down $250,000 a year at your job. Just what does that mean, to you?

It means that you will pay $100,000 a year just in income taxes. It’d be cheaper to go buy a brand-new Mercedes S-Class sedan and shove it off a cliff.

It also means that every week, when you go to work, your entire paycheck for Monday and Tuesday go straight to Washington. You only get what you make on Wednesday through Friday to live on — as well as paying all the other taxes.

Or, if you prefer, you spend every day through most of May every year just paying your federal income taxes.

I have some very devout friends, some very seriously Christian folks. For example, my friend Candy. She, like most of us, has occasionally run a bit short of money. Regardless, she and her family always make sure they give to their church.

Candy says that the Bible asks that we give 10% of what we make to the Church.

Under Obama’s plan, the government is four times greedier than God.

So, that leaves me wondering: just what should be the maximum tax rate?

Back in the 1950s, the top tax rate was 90%. (I remember Colonel Tom Parker, Elivs Presley’s business manager, was quoted as saying he saw his duty as to keep Elvis in the 90% tax bracket.) I’m questioning whether the government is entitled to take all you make on Monday and Tuesday; at one point, some folks only worked for themselves on Friday afternoons — and we all know how much work gets done on Friday afternoons.

There are very few folks who would argue for a return to the 90% tax rate. (And they’re all Obama supporters, by the way.) But what should be the maximum rate for income tax? What should be the most that the government can demand of people from their income?

I’m no economist, I’m no serious student of government and economics and whatnot. So when it comes to matters like this, I tend to just go with my gut and find a nice, simple, elegant solution.

A nice, simple, third. You make three bucks? You give the government one of them. That’s still a smidgen high for my tastes — I’d like it down to a quarter, because it’s more readily divisible, but I can live with 33% as the top tax rate. (Lord knows I’m not likely to make enough to qualify for the top tax rate any time soon — or ever.)

If anyone would like to propose a higher rate, and explain why they think the government is entitled to take more of your money than a third right off the top, please do so in the comments. 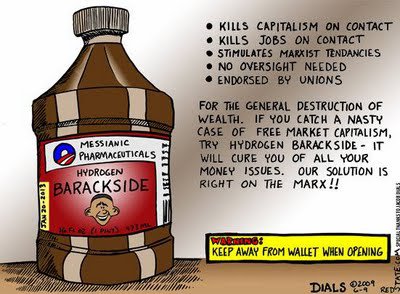