This week’s Weekend Caption Contest™ was smash hit. Hard to go wrong with Karl Rove even if he’s not actually there… The assignment this week was to caption the following picture: 2) (WildWillie) – “Rove wowed the people with his impression of Obamas experience.“

5) (fustian) – “Embarrassingly, they were over half way through the hearing before someone noticed that Karl was not actually there.“

6) (Weegie) – “Karl Rove gives the Democrat Congress all the respect it deserves. None.“ 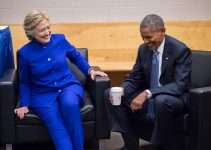