Well first of all apologies are in order…

Not only are last week’s winners late, but I completely botched the contest this weekend. By the time I realized it wasn’t Friday anymore it was early Sunday morning – a little late to get things started. I blame 4th of July festivities and the fact that they occurred on Friday… 1) (Baron Von Ottomatic) – “When all you’ve got is a hammer, every problem looks like your ex-wife’s car.“

2) (WildWillie) – “The Palestinians readying a car for the AP photographer.“

3) (Faith+1) – “Phil sat quietly in stunned silence. 1 keg, a double-dog dare, and a bad decision to let his friends play “Pit Crew” with his wife’s new car was going to be hard to explain when she got home.“

(guido) – “Obviously unable to tell the difference, Justices Stephens, Souter, Breyer and Ginzberg mistake a Honda for the Second Amendment.”

Now that the haze of the 4th of July has lifted we’ll be back on track with a new edition of the Wizbang Weekend Caption Contest™ will debut Friday morning at the normal 7am (Eastern) starting time.

McCain: "I hate the bloggers"
Where The Hell Did THAT Come From? 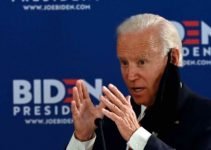