What happened to the days when schools just taught the 3 R’s? From the San Francisco Chronicle–

On a Monday morning last month, California Highway Patrol officers visited 20 classrooms at El Camino High School to announce some horrible news: Students had been killed in car wrecks over the weekend.

A few hours and many tears later, though, the pain turned to fury when the teenagers learned that it was all a hoax – a scared-straight exercise designed by school officials, with several dozen students’ participation, to dramatize the consequences of drinking and driving.

As seniors prepare for graduation parties today, school officials in the largely prosperous San Diego suburb are defending themselves against allegations they went too far.

At assemblies where speakers talked about the dangers of drunken driving, some students held posters that read: “Death is real. Don’t play with our emotions.”

El Camino isn’t the first school to do such a stunt.

The stunt was a twist on a program called Every 15 Minutes, which was designed in the early 1990s, when alcohol-related accidents killed someone an average of once every 15 minutes. By 2006, the frequency dropped to once every 39 minutes, according to Mothers Against Drunk Driving, which is not associated with the program.

In 2002, a high school in Eagle Grove, Iowa, north of Des Moines, used a hoax death to “step up” the program, said Mark Kay. His son, Aaron, dropped out of sight after school, while his brother messaged friends asking if they’d seen him. The next morning, students were invited to view a coffin in the school foyer where the boy was playing dead.

Oceanside schools Superintendent Larry Perondi said he fielded only a few calls from parents, while the PTA chapter said it had not heard any complaints.

One could say schools aren’t just meant to teach children how to read, write, and add, but also to prepare them for life as adults. DUI is both dangerous and often deadly, but I think most people including teenagers realize that already. The problem lays in a person not knowing their own limitations and fully recognizing the risk to themselves and others.

One disturbing bit of the story

“They were traumatized, but we wanted them to be traumatized,” said guidance counselor Lori Tauber. “That’s how they get the message.”

I think most parents send their children to school to be educated in a non-sadistic fashion. Being thirty years removed from high school and with no living children, maybe I’m just of touch with what schools do today.

He probably just needed a lift
Obama Shoots His Mouth Off 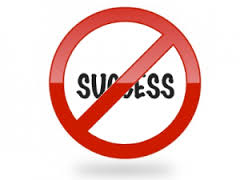