Well, Cassy did a pretty good job covering Barack Obama’s statement that he would have “preferred’ had the price of gas gone up gradually, and not shot up like it did. (Yes, there are those that say he meant that it would have been better to go slow, but look at the context: he is asked “so, could the high prices help us?” His response is not to deny that, but to qualify it.)

It’s instructive to remember that Obama is the nominee of the party that for years touted increasing the taxes on gasoline to “encourage” people to conserve more, that slapped “gas-guzzler” taxes on vehicles that didn’t measure up to their standards. And they are the ones pushing for “windfall profits” taxes on oil companies based on the current record prices of gasoline.

This might seem contradictory to some — the same folks that said we’re not paying enough for gas are also the ones who are outraged over the high price for gas. But there is a very simple explanation for this:

The money is going to the wrong people.

As I said, the money must go to the government. That will increase the power of the government, and that is the most important thing to the Democrats.

Don’t believe me? Try this experiment.

The Democrats are saying that the American people are angry over the price of gas, and I won’t argue with them. They say that they want to respond to this by imposing a “windfall profits tax” on the oil companies, and this is seductive; they’re making more and more money while we’re paying more and more, so why not make the bastards pay?

Here’s the question, though: will raising this tax actually bring the price of gas down?

Well, it certainly didn’t the last time we tried it, in the first Obama administration Carter administration. Indeed, it caused far more problems than it solved.

But that’s OK. It’s an emotional response, and that makes it valid enough. That it will not only not fix the underlying problem, but most likely make it worse, doesn’t matter. It’s the FEELINGS that count.

The problem with gas prices is a fundamental one — supply and demand. Demand (for oil, not just gas) is increasing worldwide. The obvious solution to that is to increase the supply.

So, how’s that going? Well, Guest Wizbanger Emeritus Rob Port has been keeping track of things, so I’m going to “outsource” some of my homework out to North Dakota.

Ease restrictions on new refineries in the US? Nope.

And if that isn’t enough, Representative Roy Blunt ran the numbers on both parties’ plans to bring down the price of oil. It ain’t pretty.

And again, the Democrats’ plan boils down to “put more money and power into the hands of the government.”

Thanks, but I’ll pass.

If it comes down to it, I’d rather pay my money to the big oil companies than the government. I own a little bit of oil stock, through my 401K plan, and I have more faith that I’ll get some of my money back that way than from the government. 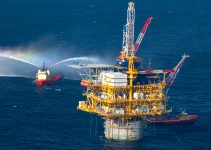