2) (Rickbert) – “Melissa, Tiffany, and Heather begin to lose Hope that those Abercrombie & Fitch guys will put in another appearance tonight.“

4) (TheRealSwede) – “As with most college romances, Jennifer soon began to realize that the big ‘O’ was a poor substitute for a meaningful relationship.“

The Readers Choice Award this week went to fustian’s winning entry. The next highest vote getter was:

Oh, Those Whacky Massachusetts People...
Video of the Day 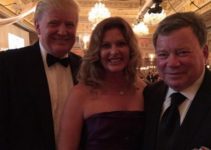