Home
Don't Tase Me, Bro!
Don’t Go ahead and tase me, bro!

What happens when you get pulled over for a traffic stop, don’t comply with the officer, tell him to “do what you gotta do”, swing at the officer when he tries to arrest you, and then turn around and try to walk away?


Liberals will probably get their panties all in a bunch over this, of course, but this guy had it coming. You cannot swing at a police officer and not get tasered — not to mention walking to a vehicle filled with unidentified people. How does the officer know what his intentions are, especially after this former football player just swung at him?

I don’t care if the police officer is wrong in the situation (and there hasn’t been a video I’ve seen yet where I’ve thought he has been). When he tells you to comply, you comply. If he tells you not to walk away, don’t walk away. When you are about to be arrested is not the time to fight the officer — if he really is in the wrong, there’s a time and place to do so, and most of these idiots we see getting tasered, if not all of them, don’t seem to be able to understand that.

He’s got only himself to blame.

The Ed Morrissey Show
Vote our way... OR ELSE. 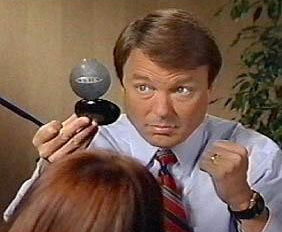