Apparently somewhere in “the sea”. Or Ohio.

Yes, I’m serious. The newest conspiracy theory involves Ted and Barbara Olson, her phone calls to him, and whether or not her plane flew into the Pentagon, or into the Atlantic Ocean (or presumably Ohio). Apparently, Barbara’s just fine and is hiding from the cruel, cruel world. From BlondeSense:

There are a lot of readers who want more of these kinds of articles at this blog. This is for you. Commenter Wormwood brought this one to my attention and it was also over at SOTT. And it’s not to say that I don’t read articles like the one below. I do. While I don’t “believe” that 9/11 was an inside job, the events and how our government handled them are quite suspicious and perhaps more than a little too convenient. You decide. I haven’t made up my mind yet.

It was also contradicted by the Pentagon and the FBI. Hmm. Where is Barbara Olson? Some say that her plane actually flew over the Pentagon and out into the sea. Some say it’s in Ohio. Or maybe she’s in hiding? But why? Why would he make up this stuff?
She’s referring to this article, which says there are discrepancies concerning Ted’s story about the phone calls he got from his wife on 9-11. It’s feeding into long-standing conspiracy theories that Barbara is alive and well, living incognito somewhere in Europe. I will say that the Ohio one is new to me though, as is the plane flying “into the sea” argument.

Really? Flew into the sea? And then what? They went to Europe? Or is Barbara actually hiding in the Lost City of Atlantis?

Seriously, when people come up with these half-baked conspiracy theories, do they take more than 30 seconds thinking them up? Do they do any kind of research to back up their crap? Best of all is BlondeSense’s Liz claiming she doesn’t believe the theory, and then saying she hasn’t made up her mind. Well, sweetie, which is it?

I guess according to these people, Ted should’ve grilled his wife on how exactly she was calling him when she was facing impending death, rather than get details about what was happening on board and the hijackers, and give their final goodbyes.

Of all the ridiculous conspiracy theories, this one, I think, may be the stupidest.

Maybe Baby Blues
The Knucklehead of the Day award 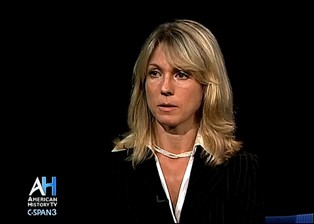