Nearly half of US states, including most of the most populous states, have combined state/federal corporate tax rates higher than even Japan (the country with the overall highest national rate), according to Paul L. Caron at Tax Prof. Read the report from The Tax Foundation and see the entire list of states and countries at the link.

These rates do NOT include, naturally, the extra penalty the United States imposes on the overseas earnings of US-based corporations. Unlike virtually all other leading industrialized nations, we tax those earnings as soon as they are “repatriated” – brought home. As long as the overseas profit stays overseas, and is reinvested in the foreign country in which it was earned, it isn’t taxed.

And we wonder WHY so many companies move their headquarters “offshore” these days! Wouldn’t you, if simply declaring another office your “home base” allowed you to exempt a good bit of income from taxation? Of course, we also give a heavy incentive to our companies NOT to bring their overseas profits home . . . 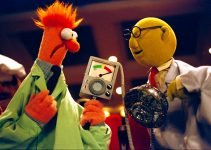