Home
Blogging Matters
The Knucklehead of the Day award

Today’s winner is announcer Bob Costas. Speaking at a sports auction this week, Costas said he couldn’t understand what compelled nonjournalists to seek a forum for their opinions. Barry Jackson wrote this at today’s Miami Herald.

Costas, speaking before he emceed (and donated $50,000) at Tuesday’s Make-a-Wish sports auction at the Broward County Convention Center, doesn’t understand what compels so many nonjournalist sports fans to seek a forum for their opinions.

Ever heard of free speech Bob? We’re all welcome to have opinions and to write them down on paper or write them on the internet. It’s a free world after all.

That is just a small taste of what Costas thinks about sports bloggers. There’s more.

”Today, I saw on ESPN a poll about which Western Conference teams would not make the playoffs,” Costas said. “Well, 46 percent said the Denver Nuggets, which has zero percent influence on anything. No reasonable person who cares about the NBA should care about that. Who has the time or the inclination to do this, even if you’re sitting on your computer? Why would you weigh in on it?”

Who would have the time or inclination? A NBA basketball fan after a hard day of work, they may want to prognosticate on who will make the next playoffs. Just a little over a month ago I wrote two posts on who I thought may make the NHL playoffs.

Why would we weigh in on it? It’s a free world and we’re sports fans.

”I understand with newspapers struggling and hoping to hold on to, or possibly expand their audiences, I understand why they do what they do,” Costas said. ‘But it’s one thing if somebody just sets up a blog from their mother’s basement in Albuquerque and they are who they are, and they’re a pathetic get-a-life loser, but now that pathetic get-a-life loser can piggyback onto someone who actually has some level of professional accountability and they can be comment No. 17 on Dan Le Batard’s column or Bernie Miklasz’ column in St. Louis. That, in most cases, grants a forum to somebody who has no particular insight or responsibility. Most of it is a combination of ignorance or invective.”

First of all I don’t live in Albuquerque, but Florida. My house has no basement, and my mother has been dead for 23 years next month.(Today is actually the 11th anniversary of my father’s passing)

Are James Joyner and Steven Taylor, people both with a PHD, and James who served in the first Gulf War low-life losers? When did you get shots fired at you Bob? Or win a Bronze Star? Both Steven and James are Sports bloggers. They allow me, like Kevin Aylward the owner of Wizbang does, to write at their blogs. Kevin, James, or Steven am I low-life loser?

It seems to me Bob knows little about Sports bloggers. Should ignorant low-life announcers who are full of invective talk about us? Sure its a free world.

What bothers Costas — and he’s not alone — is Internet and talk radio commentary that “confuses simple mean-spiritedness and stupidity with edginess. Just because I can call someone a name doesn’t mean I’m insightful or tough and edgy. It means I’m an idiot.

Bob did you just call someone a name? Doesn’t that make you an idiot? Irony my name is Bob Costas.

“It’s just a high-tech place for idiots to do what they used to do on bar stools or in school yards, if they were school yard bullies, or on men’s room walls in gas stations. That doesn’t mean that anyone with half a brain should respect it.”

Brain tumors or no brain tumors I have a brain. A fully functional one, that can point out the clear ignorance and stupidity of people in the mainstream media who know so little about bloggers but feel threatened by us. It is idiotic ignorant comments like those made this week, that makes Bob Costas today’s Knucklehead of the Day.

I’m going to make some further non-Costas related comments on the Herald article this weekend. 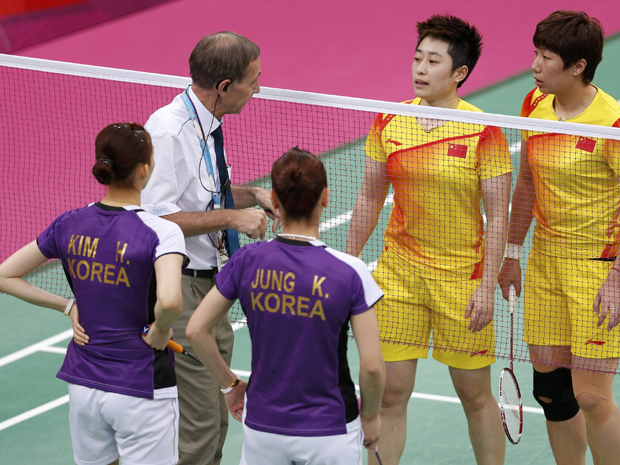