A London street is experimenting with padded lampposts to protect those not paying attention from banging into them, ITN reports.

A study conducted by 118 118, a phone directory service, found that one in 10 people has been hurt while focusing on their cell phone instead of where they were walking, ITN reports.

The test lampposts will be given a trial run in London’s East End on Brick Lane. If the trial is successful it will be rolled out in Birmingham, Manchester and Liverpool.

The full story is at the link above. There was a time when people learned to watch where they were going BY bumping into or tripping over things. A few falls or bonks on the noggin, and maybe you began to get the idea on your own. If you didn’t, you were either run over or you beat yourself to death through your inattention, strengthening the gene pool by removing inferior contributors.

“Learn by your mistakes” has, of course, proved too onerous a responsibility for the modern human, who blames all his problems on society and expects immediate solutions be provided him. So we will have to line all streets with NASCAR-like “Safer barriers” and provide a dense 8″ foam covering on all hard surfaces in public areas. All citizens will be required to wear helmets and elbow- and knee-pads when subjecting themselves to any physical risk.

If, by some unforeseen calamity, you manage to get hurt anyway, you’ll just have to sue. But then, things will be okay. A softer world for everyone – especially the children. And we must protect the children. They are the future, or hadn’t you heard?

$42 million here, $42 million there
Helping out with housework does NOT make you whipped
Tags:individual responsibility, odd, society, UK 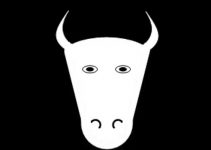