Home
Global Warming
Which Carbon Do They Mean, Anyway?

I have to say, at the start of this piece, that I am extremely skeptical of the claims made by those who so warn us of ‘Global Warming’. Part of it is their manner – I do not take kindly to being threatened or bullied, and I see a lot of that among the ‘Climate Change’ thugs, no matter how popular they may be in Hollywood or how well-funded their activists may be. I also do not think it is an effective manner to address the question, by declaring the debate to be over just when it really begins. If your case is solid, it can withstand questions, challenges, and doubts – telling me not to test your claim is really telling me you are a con artist.

There has been a lot of Science claimed in this debate, with a lot built on speculative projections by computers. You know, those same computers that year in and year out miss the number and scope and location of hurricanes we will see each summer, yet we’re supposed to buy a century-ahead projection based on the assumptions I just noted never get tested in the first place. I could go into the technobabble, but really that does not get us anywhere since it all comes down to chroming up a Yugo to make folks forget it’s a Yugo. Let’s get down to simple cases, I suggest.

Pollution is a very real problem, and like a certain other problem it’s obvious when you see it. If trees and grass die in the vicinity of a factory, it’s pretty reasonable to wonder what sort of effect that factory is having on the kids in that neighborhood. If the water turns funny colors and gets lumpy, you could reasonably question its safety. If the air turns funny colors and gets hard to breathe, it’s even more an obvious problem. There was a time when getting rid of particulates in the air, carcinogens in the water, and filtering out known poisons from the trash and by-products of a machine or building was right and needed. The advocates for the environment stood for us all then, but as I recall their chief method was to inform and debate, to encourage folks to ask questions and be skeptical. Funny how different the next generation of ‘environmentalists’ are about their method.

I say that because we hear a much different cry today. The air, the water, and the land are all much much cleaner in the United States and most “industrialized” nations. It sort of puts the environmentalists out of business, the way things have gone, but they found a new Bogeyman, nice and even scarier because they can – and do – claim that the whole planet is in peril, and there’s no time to do anything but what they tell us. It comes down to carbon.

Carbon is an element, no more harmful than Hydrogen or Iron or Oxygen in itself. A diamond is simply compressed carbon, coal is carbon that is burned for energy use, and other types of carbon find their way into food and clothing and all sorts of uses. It’s not harmful, judging by the history of the past few thousand years. There’s even a nice little symbiosis between animals and plants; we inhale oxygen and exhale carbon dioxide, and plants consume carbon dioxide and emit oxygen. Again, that way of things has been around for thousands of years, probably longer but unlike the ecologists I try not to claim something where we cannot really verify it.

But all of a sudden, carbon emissions are supposed to be threatening the planet. The way this is supposed to happen is kind of like cross-genus evolution, there’s carbon emissions at the start, then somehow it all turns into earth-ending catastrophe. Horrible storms, droughts, floods, bad hair days, failed marriages and TV writers going on strike, it’s – well- every bad dream all rolled up neatly into a packaged crisis which can only be solved by, well, mindlessly agreeing to the dictates of a few “experts” who are so smart and important that we’re not even allowed to check their credentials. Sorry, but I’m one of those gotta-see-the-proof kind of guys, and from where I sit, a factory that emits carbon dioxide pretty much the same way my piehole does, is really a good thing, not a bad one.

Now, having said that, I also want to say that I try hard to be open-minded, and I am aware that Carbon can be dangerous in certain forms. Carbonic acid, Carbon Monoxide, Carbon Tetrachloride, it’s certainly possible for Carbon to take a form which is dangerous to folks, but I don’t see Carbon Dioxide that way, again because there’s really no hard evidence to show causality.

So here’s the thing, you Global Warming, Climate Change, or Gore Is God types or whatever you call yourselves this month: Present your evidence, support your position against challenges and questions, and demonstrate that your hypothesis is superior to any of the alternatives – and yes there are certainly alternative suggestions – and you could win us over. But if all you can do is make demands and refuse to support your claim, then please just go away and let the adults get back to work.

McCain channels Reagan
Why has the President been dancing so much lately? 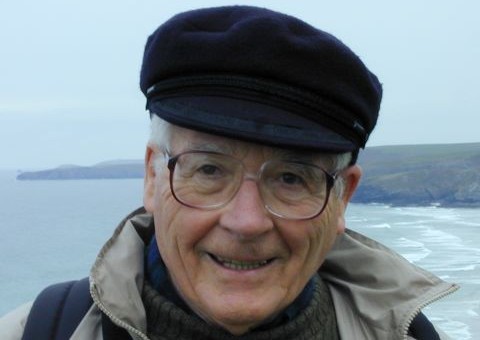